What about an Easter fox or a cuckoo? 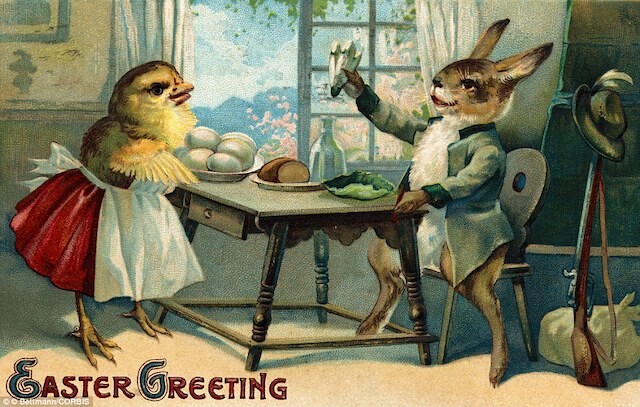 Photo: Contributed
In northwestern Germany it is the Easter fox who brings the chocolate eggs, not a bunny.

It’s Easter time, and so I’m guessing as you read this, you’re nibbling on those little Eggies or maybe some jellybeans. It’s okay, I’m not judging – I’m eating chocolate as I write.

But since we’re on the topic of chocolate, why don’t we have a little fun?

I have some wonderful tidbits about the indulgences of this holiday and the stories that surround it. So, settle in with some supplies while I load your brain with conversational embellishments—just like the straw and ribbon for that Easter basket.

Did you know that Easter is not the holiday in the U.S during which people purchase the most candy? Hallowe’en outsells the good old Easter Bunny, apparently.

Approximately 90 million chocolate bunnies are sold each year and, in case you’re wondering, more people bite their ears first (78%). The rest of us are torn between choosing the feet or tail.

The largest chocolate Easter egg was in Tosca, Italy, according to the Guinness Book of World Records, weighing 7,200 kg. But the BBC reported on a handmade egg that used 8,000 kg of chocolate and was made in Argentina. Neither report mentioned how many people got to sample the eggs, though.

Of course, it’s not just about the chocolate and the candy. Here are some facts surrounding other foods we enjoy around Easter.

Decorating eggs at Easter began in the Medieval period, when the church prohibited the eating of eggs during Holy Week. Since chickens did not stop laying, the eggs laid during that week were coloured to distinguish them. Eventually, the egg became a symbol of the resurrection of Christ, and so the decorations became more reverent.

Red was the original colour of dyed Easter eggs and it’s also the most popular colour of jellybean. In case that’s not enough to amaze you, how about this: Americans eat enough jellybeans around Easter to circle the world three times.

Hot cross buns are a popular treat before Easter and they have been for centuries. Did you know that in addition to the symbolic cross on top, the spices are said to be similar to the ones used in Christ’s embalming? And the orange peel inside represents the bitterness of being on the cross. (For even more on these delectable treats, read this post my blog.) https://happygourmand.wordpress.com/2017/04/14/one-a-penny-two-a-penny/ )

Pretzels were originally another item associated with this time of year. Legend has it that an Italian baker, during the Passover season around the 4th or 5th Century designed the original pretzel. He wanted it to show the crossed arms of someone in prayer.

Many of us think of the bunny as the quintessential symbol of Easter fun. However, not everyone believes in an Easter bunny.

Did you know that in Switzerland it’s a cuckoo who delivers the eggs? (I’m wondering, is that related to all those clocks they have there?)

It gets even better. In northwestern Germany, there is an Easter fox. (I bet if both he and the Easter Bunny were in the same movie, it be called Fast and Fur-ious.)

Sorry to be so punny, but I think the chocolate has affected my ability to write seriously. I’ll sign off here. Happy munching. 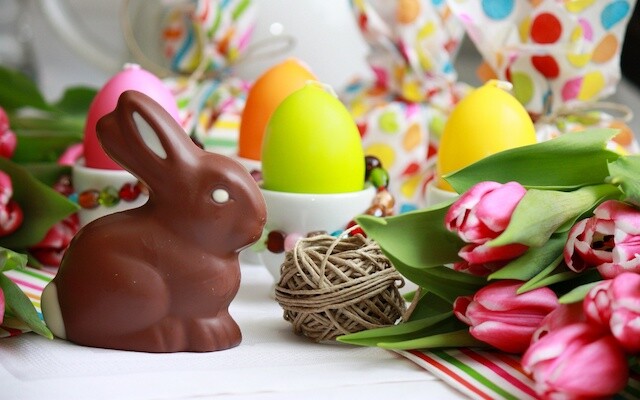