How to find joy in a new year 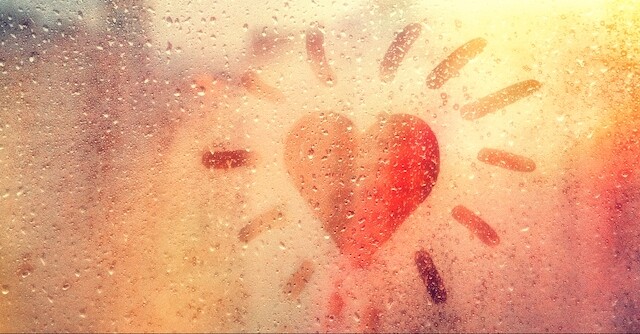 I grew up in the 1970s with young parents. They were not exactly hippies, although they did wear tie-dye shirts and drove a Volkswagon Beetle when I was a baby. At one point, we had a crochet wall-hanging in the dining room.

My childhood was filled with happy memories, many of them wacky experiences by most people’s standards. Many involved music, and not just the folk music people associate with the 70s. Every year at Christmas, Santa would bring me, my brother, my mom and my dad each a record album. We amassed quite the collection.

I attended my share of hootenannies, but my most impactful memory of live music was the Eagles concert I saw at McMahon Stadium in Calgary when I was 13 years old. Our whole family went. After that, we nearly wore out the grooves on the Hotel California record, playing it at home with the volume turned way up.

I learned about classical music as well, much of it from Mr. Disney. I remember Sundays when we would put on The Sorcerer’s Apprentice after brunch. My dad would lead my mom and my little brother and I around the house in a parade, just like Mickey’s brooms, through the living room and down the hall, then into my parents’ bedroom and over their bed, even! I still chuckle thinking about it.

The most unusual album of my youth played again in my mind as I researched this week’s column. I wanted to write about something fun and positive to start the new year. I came across an article on a site I love called Atlas Obscura. It was about cookies made by a medieval nun that claim to put people into a joyful state.

The reason the article drew my attention was not the recipe, but rather that I knew the nun’s name—from music. One year, my dad received an album from Santa called Vision. It was the music of Hildegard von Bingen. It was mystical, magical and at the same time calming and inspiring.

Von Bingen was a 12th century nun who led an abbey in Germany. She was known as a visionary and a healer, with a great education in classical languages, music and healing of all kinds. Her abbey had a huge garden full of plants known for their medicinal properties. Many of her recipes for tonics and baked goods are consistent with holistic remedies today. There are doctors in Germany who still practice “Hildegardian” medicine techniques.

With the memory of spiritual music in my head and the imagined taste of spice cookies on my tongue, I knew I had the perfect way to bring 2021 to a close. Rekindling fond old memories and igniting my passion with a new recipe and tradition is a great way to honour the old and ring in the new.

I have not baked the cookies as I write this column, but I will be making them this week and posting the recipe on my Facebook page and blog with pictures.

Here is Hildegard’s description of them: “Take some nutmeg and an equal weight of cinnamon and a bit of cloves, and pulverize them. Then make small cakes with this and flour and water. Eat them often. It will calm all bitterness of the heart and mind, open your heart and impaired senses, and make your mind cheerful. It purifies your senses and diminishes all harmful humours in you. It gives good liquid to your blood and makes you strong.”

I hope you find your own magical way to make the transition a fun one this year. Here’s to you all.