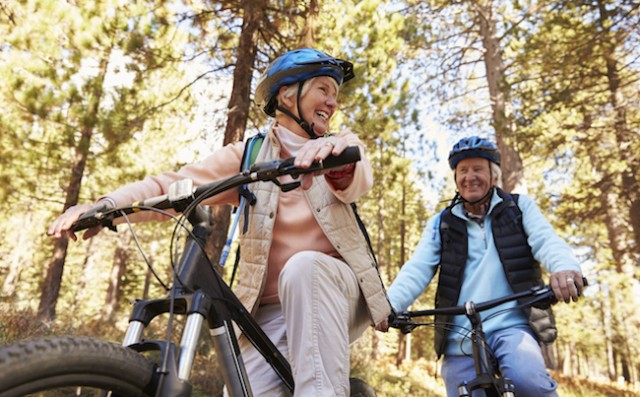 One of the issues cyclists in Kelowna bring up time and again is that the “cycling network” in this city is very disconnected.

Many cycling infrastructure projects only get built when there is a larger capital project on the table.

The “while we’re at it let’s slap some bike lanes in” might sound nice, but you end up with a network that only confuses people as they can’t feel safe on their whole route.

A new example that really has me scratching my head is the Bernard Avenue bike lanes. This year, starting in the summer, they’ll be connecting all bike lanes that currently end at Lakeview Street west to Ethel Street.

That sounds reasonable until you realize that there is a single block missing from a trip to downtown. Nothing will connect the bike lane that now ends at Ethel Street to the sharrows starting at Richter Street. Sure, you can turn right and go up to the Cawston multi-use path, go across to the lakeshore, then down to The Sails where you end up on the other end of Bernard.

It’s like driving east on Harvey to get to Orchard Park mall and then having the highway stop at a farmer’s field at Hardy so you have to turn up to get to Enterprise, right to Cooper, and then to your destination.

I asked the City why this block was being ignored. Their reply was that the final block was complicated and needed extra time to design. Demands that come from single family houses, multi-family housing, and housing converted to business offices require more time for planning how cycling infrastructure will be integrated with the vehicle lanes and/or parking.

I reached out to friends on Facebook who cycle regularly and found plenty of examples where we have breaks in the network:

But the winner is: Abbot Street from Leon Avenue to Riverside Avenue.

Abbot Street is special because the bike lane coming from Bernard Avenue at The Sails directs people up on the sidewalk after the entrance to City Park. People are expected to know that you cannot cross Harvey from the west corner, but instead must detour under the tunnel and then through the beach and down Lake Avenue to get back onto Abbot.

The only other option is to walk your bike across Abbott to the east corner where there is a pedestrian crosswalk signal which then crosses Harvey where you have to navigate a couple of tight sidewalks to get down to the multi-use path that starts at Riverside Avenue.

What does this tell us?

Kelowna seems not to value cycling as an equal mode of transportation. Thus, there is little reason for designers and planners of the city’s streets and thoroughfares to consider the cycling public’s needs in the same way thought is given to roads for cars.

As a city, we need to come together and change this mindset. We need to realize that cycling has benefits for health, can lessen road congestion, and have a positive effect on the environment.

We need to start treating cycling like it means something.

The alternative is the status quo which will continue to frustrate all road users alike. We must begin looking at the rides, listening to cyclists, analyzing the destinations, if we are ever to start filling in the blanks in our cycling network.