And the wheels roll on 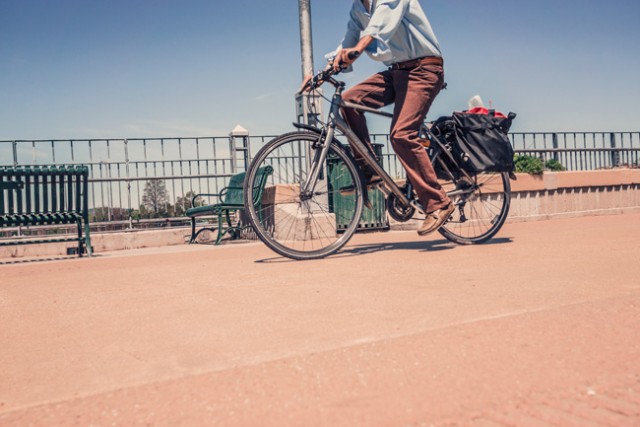 Seems to me that "Go by Bike Week" is a good time to restart this column.

What better way to start that conversation than to help promote the healthiest week of the year?

Next week, thousands of people will make a concerted effort to ride the roads on two-wheeled creations that date back to 1817, riding into the future on the back of history.

Yes, Bike to Work Week has been rebranded to be more inclusive.

These days, when things seem to want to divide people into more groups the bicycle is working to bring people together.

Recently, I watched the documentary Why We Cycle at the Rotary Centre for the Arts.

Premiered in Kelowna by the Vancouver-based Modacity, this show presented the Dutch point-of-view on cycling.

The biggest takeaway from it was how many times they said that choosing to cycle was a “choice,” but was just the first thing that comes to mind.

This is the purpose of “Go By Bike Week,” to start getting the idea into our heads that there are many modes of transportation and we can pick the best one for our current trip.

Starting May 28, the City of Kelowna and participating sponsors host celebration stations around the area to offer new and experienced people on bicycles the opportunity to connect, to win prizes, to get free snacks on their ride to their destination.

Let’s run down some personal benefits of participating:

At first glance, many people will balk at joining the cycling effort because it takes more time, you might need to change your clothes, or it requires more breakfast.

Persevering through what we perceive to be complications, people report being better prepared for the day, arriving to work with a smile on their faces, and just having more energy overall.

If you haven’t heard the good news, the Okanagan Rail Trail is within $150,000 of its $7.8 million fundraising goal.

With three segments almost ready to ride on, this means we could have the whole length of it done by next year.

It’s been an amazing effort many of us will celebrate with a day trip up to Coldwater by bike.

Until it’s open, though, we can join them trail ambassadors for a food truck afternoon on June 2 at the intersection of High and Pheasant.

Kelowna has the potential to be a real multi-modal city, but that might never happen unless we understand what it’s going to take and make the effort to get there.

In future articles I hope to help everyone understand what we have, what we could have, and what we need.

Thank you for taking the time to read this.

PS: have you ever gone to your car parked on the street and found the mirror knocked out of place? The windshield wipers pulled up? If this has happened you might take a closer look at where you parked.

I’ve found this to be the way people on foot or bike will let you know that you parked on the sidewalk or in a bike lane.