Bike it upside down 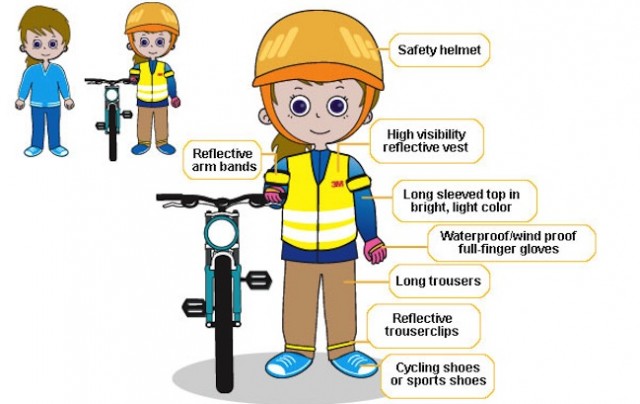 A few things lately have made me think that we need to change the way we approach ideas.

We should engineer ways to succeed instead of trying to poke holes in something to make it fail.

I read a good piece about the fact that it is really difficult to have a good conversation about bicycle helmets. One quote in it from Lars Bo Anderson who talks about how Denmark had 26 deaths in the whole country last year, but instead of focusing on that fact, it should be noted that cycling saved 6,000 lives last year.

While thousands of people die each year in car crashes, we don’t have any offsetting health benefits to sitting behind the wheel of a car.

Then, this picture from Vondelpark in Amsterdam shows a dad carrying a toddler in his arms while riding a bike.

Facebook users had a lot to say, mostly about how terrible a dad for putting his child in danger when there was a child seat right there.

People looked at the picture and immediately saw in their imagination the dad crashing on his bike and the child being hurt. (There were also several comments about how the back tire really needed more air.)

Luckily, I have a co-worker from The Netherlands who took a look at the picture and said that it’s something you can see every day. No one from there would think twice since the risk is low in that environment.

These examples seem to indicate that we are focusing too much on the negative of cycling.

Similarly, people seem to think all cyclists have a death wish when they see a few who don’t ride with helmets or behave in an unsafe manner on the road. That’s not most cyclists, data has shown that both cyclists and drivers break the rules at the same rate.

During Bike To Work Week, hundreds of responsible cyclists stopped by the celebration stations. These are the cyclists who make up the majority, but because they blend into traffic we don’t take notice. We see the cyclists who scare us.

When we see a cyclist without a helmet, we automatically see that Hollywood-produced scene in our heads with the ambulance EMT standing forlornly over an unmoving body. Cue the wailing family and the guilt-ridden driver who happened to be in the wrong place at the wrong time.

Seeing only the negative in any activity limits our ability to explore it. Should we do this with cycling?

The bicycle was invented 200 years ago as horses starved due to large clouds of ash from a volcano eruption. It expanded how people could get around.

Two hundred years and bicycles still hold a strong place in our society. Let’s look for ways to celebrate the bicycle. Look at all it offers us: better health, easy mobility, less pollution. That’s just the short list.

Look for drivers who notice cyclists.

See road users who show respect to others.

These are the positive things that will help us all get where we want to go in a better frame of mind.