Cyclists are all friends 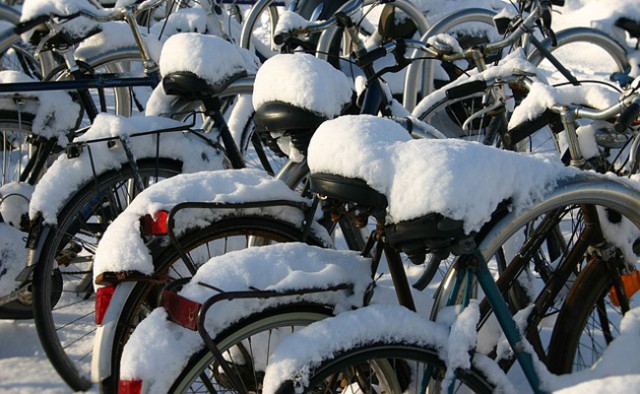 As usual, I rode my bike downtown to get rock-star parking right in front of the doors.

There was a father there locking up his bike along with the three bicycles of his kids.

They appeared to be six to 10 years old and were trying to take it all in.

I opened the conversation by asking him if he loved cycling for all the great parking spots, too.

This developed into a discussion about riding conditions, routes and snow, all things important to people who balance on two wheels and have to remember how vulnerable they are at all times.

One of the kids interjected with, “Do you know each other?”

Chuckling, we admitted we didn’t.

I explained all cyclists know each other by shared experience.

We know each other because we pull up to a red light and can easily start a conversation about the weather.

We feel camaraderie just by sharing the road and having to yell out an obstruction or a detour because of the road debris.

Recently, I came across a great comic by someone that really hit the nail on the head, you can view it by clicking on this link.

In a nutshell, “Cyclists are friends, motorists are enemies.”

Two weeks ago, I had an equipment failure.

One of the bolts holding the clip on my shoe fell off, and when I tried to unclip from my pedal I couldn’t get my foot free and fell.

Thankfully, there was a car next to me to prevent my fall.

The woman in the driver’s seat came out and the first thing she asked was, “Are you clipped in?”

Her husband is an avid cyclist so she recognized the signs.

I recovered, she left the parking lot.

Life moved on and I figured out how to finish my ride home while stopping myself every time I wanted to clip in.

Fast forward a week and I get an email from a mutual contact that the driver believed I dented her car.

Neither of us checked for damage after I fell.

I was trying not to smash my face into the parking lot and she was worried about me.

I knew I twisted my leg and foot; I felt it about an hour later.

Being active, I’m used to minor damage here and there, no big deal.

However, the next time we had a chance to meet I saw my right hand came down on a soft spot on the fender and pushed a dent into the ridge.

No paint damage, but I couldn’t deny that the odds that my fall caused it were pretty high.

I gave her a recommendation for a place I trust and she said she’d get a second quote.

Both of us expected that it’d be under the deductible.

As it happened in a parking lot, we weren’t under obligation to report it.

I don’t like the idea of cyclists carrying insurance.

After this, I will still fight any regulation that tries to require it.

But I will be just as adamant that as cyclists we take responsibility for damage we may cause.

No, I won’t pay to have your door repainted if you right hook me at an intersection.

In all my kilometres travelled by bike, this is the first time I’ve been the cause of damage to another vehicle.

A straw poll among cycling friends didn’t turn up anyone else who had a similar story.

In a perfect world, we’re all friends who are responsible for our actions and act accordingly.

We communicate and we express beliefs and problems with cycling in a healthy manner.