We are all accountable 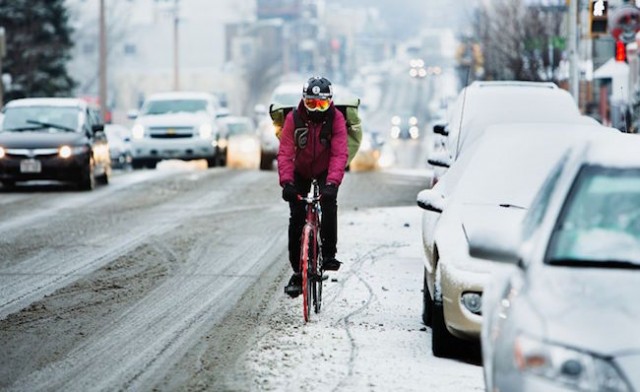 Many drivers think that police and bylaw officers are not enforcing the rules that cyclists have to follow.

On the other hand, cyclists often see issues arising from driver behaviour and wonder why tickets are not being issued either.

The reality is this, the boots on the ground try to do what they can; any perceived lack of action is just the fact that we are just a single person in a single location and can’t see everything.

Querying the RCMP and the Kelowna Bylaw office, I discovered that they had issued the following numbers of tickets:

The majority of the tickets that were given out related to riding without a helmet, second highest number of tickets were issued for riding on the sidewalk/crosswalk.

The Bike Squad also issues tickets for drinking in public places and drug paraphernalia, these were not able to be separated so the numbers are a bit inexact.

This represents how enforcement is applied to cyclists for safety violations, the majority of them safety of oneself, second place going to endangerment of others.

The other side of the coin is where driver behaviour is enforced for safety. In regards to issues related to other road users.

This is the new section from Harvey Avenue up to Cawston Avenue. Pretty nice to not need to ride in the road especially when the snows make the roads dangerous and slick.

This year, the City of Kelowna has been doing a reasonable job of keeping it plowed so that cyclists could continue to use it even through the snows.

Not sure why, but several cars started parking on the path, which blocked the City tractor from being able to do anything for a section that fronted three houses in a row.

While trailing my daughter in her chariot. I either had to get on the sidewalk, not shovelled at times, or get down on the road, defeating the purpose of the track.

I gave them a week before I submitted a complaint to Bylaws to try and get things resolved.

A few days later and the cars are still there. Called Bylaws to find out what had happened.

Seems that the officer hadn’t been able to find the cycle track and didn’t see an issue since there were plenty of other people parking on the side of the street, in places that are meant for cars.

I left a voicemail for the officer, but never heard back from him.

A week later, the cars are still here and the City tractor has to go around them again. I called back to Bylaws with more details and reasoning.

An officer was dispatched once more, but this time, he called me and left a voicemail after finding nothing that he feels is ticketable.

According to section 153.2 of the Motor Vehicle Act, it’s illegal to park in a designated use lane. According to the Bylaws office, the cycle track is part of the roadway under the jurisdiction of the City.

Seems like it’s pretty easy to figure out what needed to happen.

I requested to meet the officer at the location and shortly we were looking at a car that was parked up on the curb over the cycle track.

He explained that with the snow covering the track, no signage forbidding parking, and just a lack of cycling traffic there was a chance this was an “honest” mistake.

Going back and forth for almost an hour and discussing different issues, he finally agreed to issue a warning to the vehicle.

Enforcement is not the solution that people think it will be, for that we just have to look at the number of people who continue to get speeding tickets, or parking tickets, or riding without a helmet.

In a perfect world people should not need to be reminded of what they should do.

We need to be thinking about more than just our ourselves. If we’re in a car, pay attention to what’s going on in traffic.

If we’re on a bike let’s make sure we are acting safely and not surprising someone in a car, remember that being a cyclist is being in the vulnerable position on the road.