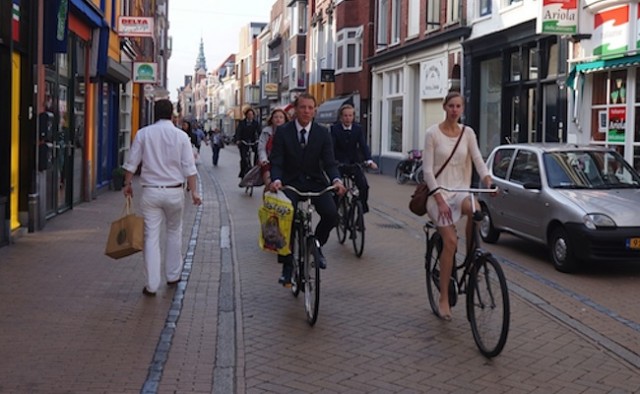 While I have shared my email address for people to correspond with me about my articles I also watch the comments to see the reactions from readers.

The previous article generated some comments that hit me from left field and I can’t leave them without a reaction myself.

As a cycling advocate, I try to help people get along out there on the road.

As a cyclist and vulnerable road user, I try to do my best to be visible so that no one gets surprised and I end up hurt.

As a driver, I try to make sure that I am always paying attention to traffic around me so that I am not a cause of any crashes.

The comments on my previous article brought up a number of points that are considered myths and it’s time to talk about several of them.

Let’s run this down in order.

The BC Motor Vehicle Act of 1996 requires that people on bicycles use the roadways. Not sidewalks. They must obey all regular laws pertaining to motorized vehicles.

A special interest group is defined as a small group asking for special advantages. Being told to be on the road with cars and then requesting equality for safety reasons doesn’t qualify.

Roads are for cars

Yes, there is a U.K .Transportation Secretary that would agree with this statement according to this article.

The real fact is that while people on bicycles are required to “ride as near as practicable to the right side of the highway” there is nothing that disallows them from using the whole vehicle lane when it is the best for safety’s sake.

The state of Delaware is replacing signs that read “Share the road” with signs that state “Bikes May Use Full Lane” since the former doesn’t seem to get the right meaning across.

In the next section of the Act, it also says that a cyclist is not required to ride on any part that is not paved.

Roads have been used for millennia to transport people and goods in any form and fashion and nothing in the current law cannon has changed that purpose.

Exceptions being a few areas of provincial highways that just aren’t safe and those are noted by appropriate signage.

Cyclists do not pay as much as drivers

It’s great that the Internet is such a fount of information, but it’s terrible that people get to pick and choose what they read. This article should be required reading for every adult who thinks that they pay too much in taxes.

I pay the same amount of taxes as another person who only drives. My car only moves 50 per cent as much as another since a lot of my trips are taken by bike.

My bicycle causes less than 0.06 per cent of the wear and tear to our road infrastructure as a car does, but I do not get a rebate, so, in essence, I overpay for my usage.

Or you could say that I’m subsidizing that other person.

A friend pointed out the BC Gas Tax should also be considered, but there was no information on how that money is spent.

The amount of the overall City budget that comes in from non-local sources, for example federal or provincial grants only accounts for five per cent, while property taxes are 36 per cent so it seems that even the BC Gas Tax doesn’t pay for much locally.

The site Cycling Fallacies has good coverage of many faulty beliefs that people have around cycling.

While I’ve pointed out several related to cycling there are also myths about driving, such as “police won’t stop someone going just 10 km-h over the speed limit."

Once we can puncture these untruths we can start a real debate.

Drivers of motorized vehicles should be thankful to cyclists.

People on bicycles were the first to lobby for flat, paved roads, and they even paid for them. And if you think it’s a myth, read more about it here.