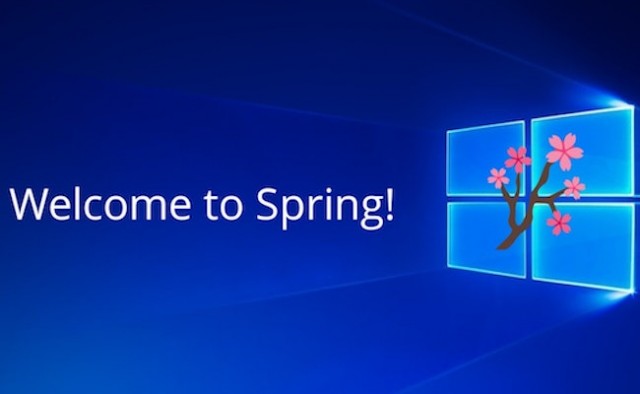 The newest version of Windows 10 is rolling out now. Here’s what’s new and how to get ready.

Microsoft rolls out two major upgrades to its Windows 10 operating system every year. The last one, called Fall Creators Update, took us to version 1709.

The new Spring Creators Update will be version 1803. It will rollout first to devices that have are known to work with the new version. The rollout will continue to eventually include (theoretically…) every device.

Here’s some good news: This update will take less time than previous updates.

Microsoft says that on average previous updates took 51 minutes, and that the average machine will update to version 1803 in just 31 minutes. So, there’s that.

The feature that seems to have caught the attention of most of the tech writers is called Timeline. This feature will allow you to go right back to where you left off doing something, either on your computer or on another device connected with the same Microsoft account.

That interests me, as I often start working on something on my main computer and edit it on my laptop between customers. If this feature makes that process any easier, I’m all for it.

Another intriguing feature is called (at least at this point; the name might change before rollout) Nearby Sharing, which makes it easy to send a file --- Screenshot? Photo? Link to a web page? --- to another device nearby.

Nearby Sharing uses Bluetooth and Wi-Fi to accomplish this. Spring Creators Update also allows (some) Bluetooth devices to connect with far less drama.

There are some tweaks, including visual enhancements. Cortana gets more features. More items have been moved from Control Panel to the Settings app.

From what I can tell, not many of the Privacy settings have changed, but it’s a little easier to find them.

The Home Group, which has been present since Windows 7, was still with us in Windows 10 although Microsoft kept hiding it. With the Spring Creators Update it’s gone. Most people probably will not miss it.

What do I need to do before I do the upgrade?

First, make sure you have a current backup. (Not a backup from a couple of years ago. Not a hard drive that’s still in the box.) Take a look at the first item here for some suggestions.

Once you’ve got that nailed, preparing for this upgrade is much like preparing for the Fall Creators Update last year. Here’s what I wrote about that.  As I mentioned above, you don’t have to worry about the Homegroup password. And this update should go faster.

What do I need to do after the upgrade?

Before you do anything else, turn on your antivirus/antimalware software! (You remembered to turn it off, right?) Check the settings.

Check your printers and scanners. Most of the time everything is fine, but sometimes an upgrade breaks them, and you need to reinstall the software.

Reinstall any programs that didn’t survive the upgrade. Were you still playing Windows 7 games on your Windows 10 machine the night before the upgrade? You probably need to reinstall them. Here’s the link.

Have you received the upgrade yet? What do you think? Was it faster?

Email me: [email protected] and let me know how your upgrade went.

More Getting Along With Your Computer articles

The Technology Shaman, Cate Eales, has been helping people make online computing safe, accessible, and fun for over 30 years.

Cate is here to help you and your home or business computer get along.

E-mail Cate at [email protected] with comments, suggestions, or questions.

Get Cate's column by email