Cover2Cover brings in nearly $3,500 to help feed the hungry 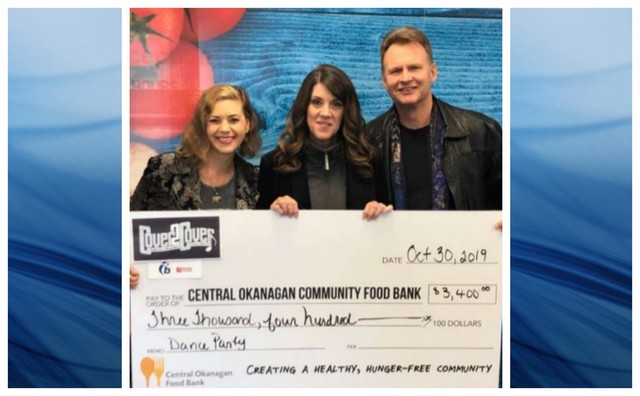 Several thousand dollars were raised on Saturday night during a fundraiser for Central Okanagan Food Bank.

Local rock group Cover2Cover performed during a costume dance whose theme was “A Night At The Movies.” More than 100 partygoers attended the event and helped to raise $3,400.

“We have a lot of small businesses to thank for donating items to our silent auction,” organizer and band member Kim Foreman-Rhindress said in a press release, “but the generosity of Red Bird Brewing and Interior Beverages of Kelowna really helped us exceed our fundraising goal.”

Foreman-Rhindress said they are planning another unique themed fundraising dance for next April or May.

“I have to thank my guitar client for matching the money we raised,” Cover2Cover front man Jim Rhindress said. “We are encouraged and inspired to make this an annual event.”