A bill that creates jobs and tackles climate change 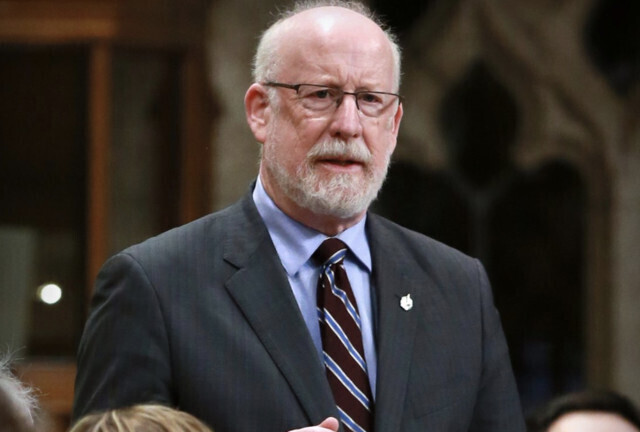 It’s not often the government is presented with a private members’ bill that creates jobs, tackles climate change, adds value to natural resources and helps get around illegal foreign trade tariffs.

But that’s exactly what my latest private members bill does. Bill S-222 directs the Minister of Public Works to assess building materials for environmental benefits, including their carbon footprint, before approving design contracts for federal infrastructure projects.

This bill began its life as my Private Members Bill C-354 in 2016. I was inspired then by the example of Structurlam in Penticton, a company that was leading the mass timber sector in North America. Structurlam produces glulam beams and cross-laminated timber panels that can replace the steel beams and cement walls commonly used in large buildings around the world. Since then, Kalesnikoff Lumber has opened up a similar mass timber plant in South Slocan.

These mass timber products use conventional lumber produced in most sawmills around British Columbia to create strong, safe, and beautiful building materials that can be used to construct everything from skyscrapers and large civic buildings to highway bridges.

More and more, the world is turning to mass timber to construct large buildings. France has pledged to have 30 percent of its new large buildings made in this manner. Shifting the construction industry here to do the same involves educating architects and engineers of the characteristics and benefits of mass timber. But we also need to encourage local manufacturers to expand their production, and one of the best ways to do that is through government procurement. That’s exactly what this bill is designed to do.

Expanded production would mean that British Columbia sawmills could sell more of their lumber to mass timber plants, thus opening up a new market and lowering the reliance on exports to the United States that have been plagued repeatedly by illegal softwood lumber tariffs over the past 30 years. On top of that, mass timber can be exported to the United States without facing those tariffs, as it is a manufactured product, not raw lumber.

As the supply of logs has been reduced over the past decades through harvest, wildfire and beetle outbreaks, the forest industry has been searching for ways to get more value out of each tree cut. Mass timber won’t increase the forest harvest, but it will create more jobs and more value that stay in Canada.

Earlier versions of the bill that singled out the use of wood were criticized by the cement industry, as they were developing new types of concrete that sequestered carbon dioxide as well. My bill avoids this by simply asking the Minister to use products that deliver environmental benefits such as carbon sequestration. And mass timber, made entirely of sequestered carbon that could easily remain intact for centuries, is a good candidate for that quality.

I’ve also heard concerns that large wood buildings might be a fire hazard, but studies by the Natural Resource Council have clearly demonstrated that buildings made with heavy glulam beams and cross-laminated timber panels are as safe or safer than concrete and steel structures. The thick wood beams and panels simply char slowly when in contact with flames, keeping firefighters safe and giving occupants more than adequate time to exit the building.

Bill C-354 passed in the House of Commons in 2018 but unfortunately died in the Senate when that parliament ended in 2019.

Sen. Diane Griffin then offered to table it in the Senate as Bill S-222 in this parliament, giving the bill more time and thus more of a chance for successful passage. Earlier this month, it passed third reading in the Senate and came to the House of Commons, where I introduced it at first reading.

It will proceed to debate before Christmas, and I hope that it will pass and finally become law sometime next spring.