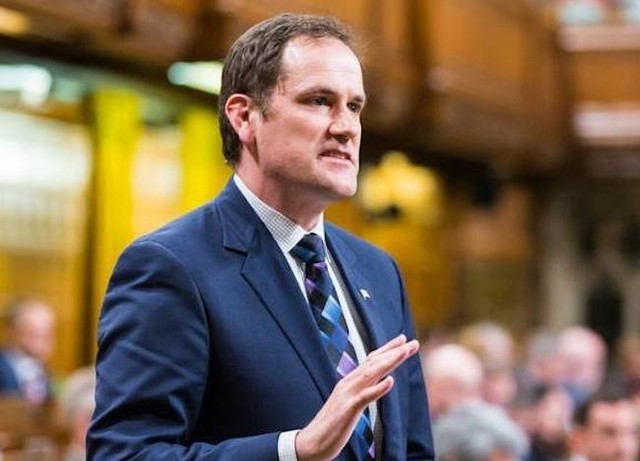 Incumbent Dan Albas has been re-elected for the Central-Okanagan-Similkameen-Nicola riding.

The Tory MP more than doubled the votes of his closest challenger, Liberal candidate Mary Ann Murphy, as votes continue to be counted.

"I love working as a Member of Parliament and I'm so excited and I am so excited to have another meaning, I love people, I love working on problems, so I'm looking forward to doing the people's work in Ottawa and I just wanted to thank you from the bottom of my heart for all of your support," said Albas during his speech.

Albas won his third consecutive campaign but knows there's always work to be be done. He is looking forward to heading back to Ottawa for the 43rd parliament to start learning about the concerns of other ridings and working towards a common goal.

"Make sure that I am raising the issues that I've learnt in this election, obviously forestry competitiveness, making sure that people can put food on the tables, make sure the government can get a softwood lumber agreement that it protects," explains Albas.

He continues by saying, "we see important projects like the child advocacy centre in Kelowna, and also the bridge has some suggestions on how Health Canada can fund addictions treatment for minors. These are all incredibly important things and there all the things that I'll be taking forward with me to Ottawa."

He also took the time to thank the Conservative leader Andrew Scheer.

"The one person I have to absolutely single out is Andrew Scheer. Our leader Andrew Scheer has spent the last 40-plus days in addition to all the hard work that he's done as opposition leader sharing a positive vision for Canada and he's increased our popular vote, in fact we're leading on it and we've increased our share of seats in the House of Commons."

Albas believes this is only the beginning for the Conservative party.

"Canadians have had their say. They expected us to obviously be the opposition and we're going to do everything we can to continue to hold this government to account and to make the case for a Conservative government in the future."

As it became clear Albas was the winner, Murphy’s friends and family gathered at Two Eagles Golf Course lost hope for her victory but remained very proud of what she had achieved, commenting on her courage to step into the political ring and her ability to connect with people from all walks of life.

Murphy says despite the loss, she is thankful to everyone who helped her campaign.

"I’m feeling excited and elated, as I have been all day. I’m so proud of the effort we put in and I know that I knocked on 10,000 doors myself throughout the riding. I really want to tell everyone out there how appreciative I am for the time that they gave me when they opened the door… It’s been such a privilege to run in this community that I love so much. I’ll be working hard in the future to learn more about all the issues I've about on those doorsteps.

"I don’t think we could have done any more. I’m quite happy about the Liberal win on a federal level. We’re still waiting for a number of polls to come in and numbers could shift slightly, but I want to say congratulations to Dan Albas. He’s run a wonderful campaign. All of us candidates have gotten to know each other quite well because we’ve been at so many debates the past few weeks, so a sincere congratulations to him." 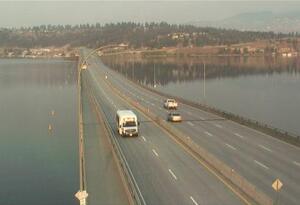