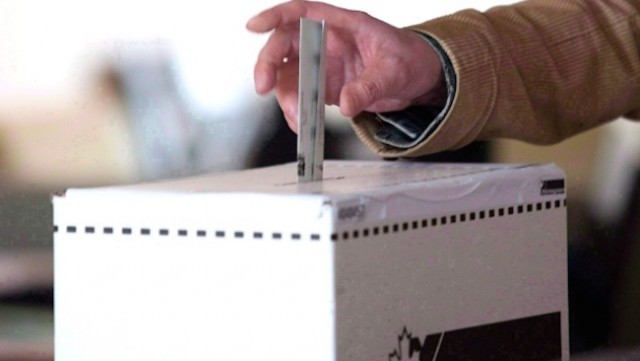 The 2015 federal election had the largest voter turn out in more than 20 years, with 68.5 per cent of eligible voters casting ballots. And, here in the Okanagan, electors made sure they made it to the polls.

Liberal Stephen Fuhr managed to unseat Ron Cannan in Kelowna-Lake Country with 46.1 per cent of the vote, but an even bigger surprise was the voter turnout for the area.

In Kelowna-Lake Country, 64,170 of 89,033 voters went to the polls, a 72.07 per cent turnout. However, this does not include electors who registered to vote on election day.

In the Central Okanagan-Similkameen-Nicola riding, Conservative Dan Albas held onto his seat with 39.5 per cent of the vote, although it was a tight race with Liberal Karley Scott at 37.3 per cent.

Back in 2011, Albas took the win with 53.58 per cent of the vote. However, the riding looked much different as the boundary changed for what was then Okanagan-Coquihalla. Just over 53,000 voters made it out during the last election.

Conservative Mel Arnold took the win in North Okanagan-Shuswap with 39.3 per cent of the vote.

Former Conservative MP Colin Mayes took 53.58 per cent of the vote in the last federal election, with just over 56,000 electors making it to the polls.

To the south of the valley, Richard Cannings secured his spot as MP with 37.2 per cent of the vote in South Okanagan-West Kootenay.

During the last federal election, the British Columbia Souther Interior riding, which was redistributed this year to become South Okanagan-West Kootenay, NDP candidate Alex Atamanenko captured the win with 50.92 per cent of the vote. At the time, just over 49,000 voters made it to the polls.