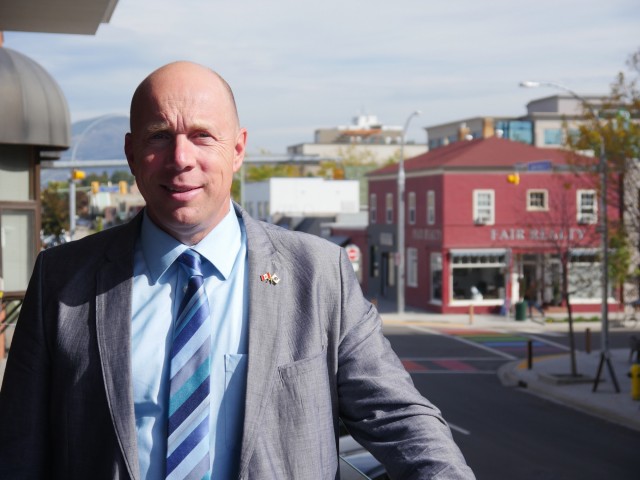 Castanet is featuring profiles on all the Okanagan candidates in the upcoming federal election.

You may know Ron Cannan as a three-time Kelowna MP, former city councillor and businessman – but the personal loss he faced before becoming a politician may come as a surprise.

“You look back in the rearview mirror at all the things that happened, and it definitely has a place from an empathetic perspective,” says Cannan. “I always strive for free enterprise with a social conscience. I look at it from a human perspective. We all have a story, and people want to be listened to.”

Cannan was born in Edmonton, the youngest of four brothers. He has been married to his high school sweetheart for 31 years, and they have three grown daughters and three grandsons.

He played hockey most of his childhood and also loved music. He's still an avid drummer who can often be seen picking up the sticks with the Political Posse (featuring Cannan, MLA Norm Letnick and Kelowna city councillors Tracy Gray and Ryan Donn).

After high school, Cannan went into businesses and graduated from NAIT in marketing. He considered going into law enforcement and had taken nearly all the steps before failing his hearing test.

“In hindsight, that was the best thing that happened,” says Cannan.

He owned his own business for a time before taking a job at 27 as a sales manager with Coca Cola. In 1989, he was enjoying a career in car leasing and financing when he was given unbelievable news.

Both of his parents, married 37 years, were diagnosed HIV positive.

“It was a real education,” says Cannan.

He recounts that one doctor took the time to explain HIV to the family, that it was not spread by sharing food, through the air or by washing clothes in the same machine.

“That is how naive people were at that time."

His own aunts, uncles and friends were so struck by fear of the unknown, they wouldn't visit his dying parents.

“It created division in the family,” says Cannan.

His mother died in November, only a few months after being diagnosed.

“She was an angel, a great inspiration and one of the reasons I am here. I think of her every day,” says Cannan.

His father was able to join a clinical drug study and lived until 1993.

But the loss didn't stop there. A few years later, Cannan's eldest brother died in a house fire in 2004.

“He had all kinds of issues with drugs. He was in an out of jail for over 20 years,” says Cannan. “He had such a brilliant mind, but didn't want to apply himself in a productive manner.”

The loss of his mother and grandmother less than a month apart triggered a need for change.

His uncle has just bought one of the first show homes on Dilworth Mountain, and Cannan and his wife Cindy headed to Kelowna to check it out.

“We left our two daughters at the time with the in-laws and drove to Kelowna on Jan. 2, 1990,” says Cannan. “There was no snow on the ground, it was above freezing, and I couldn't believe it was Canada. A couple days later, we got a realtor and bought a house under construction.”

For his first few years in Kelowna, Cannan worked in sales and marketing.

Although he had always taken interest in politics, he had never considered running until several local business contacts suggested he seek a seat on city council. He was elected for the first time in 1996, again in 1999 and for the third time in 2002.

In March 2005, Cannan received a phone call that then Conservative MP Werner Schmidt was retiring. He put his name in the hat and has been Kelowna's MP ever since.

“I was never really a partisan guy, I never belonged to a political party, but the values of being fiscally responsible, living within your means, being accountable, integrity, progressive social values spoke to me,” says Cannan.

While work in Ottawa keeps him away from home for months each year, he loves what he does.

If re-elected, this would be Cannan's fourth term in office.