For Okanagan-Coquihalla NDP candidate, David Finnis, there were more positives than negatives to be taken from Monday's federal election. 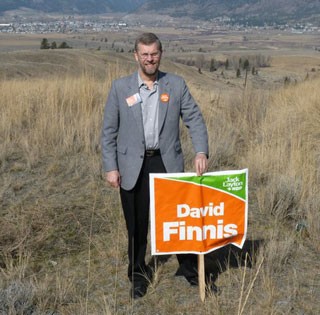 Finnis, a first time candidate, pulled in nearly 25 per cent of the popular vote -- about eight percentage points higher than in 2008 and close to six per cent better than the 2006 and 2004.

"We had obviously hoped to poll higher, everyone does, but we did well, we maintained our second place position and that part is good," says Finnis.

"We fought a good campaign. We got a lot of important messages out there."

Finnis says increasing the popular vote was one of his goals going into the campaign.

With 103 seats nationally and Official Opposition status, Finnis says, in his wildest imagination, it's not a scenario he would have predicted.

"We've obviously always campaigned to be Prime Minister and we have finally maintained status of her majesties loyal opposition and that's a great thing," says Finnis.

"I know Jack will be a strong and forceful leader."

Finnis adds obtaining Official Opposition status means the party will have to be taken more seriously.

"That's a significant thing. Where you sit in the House of Commons does raise our ability to mention things that we feel matters to the country."