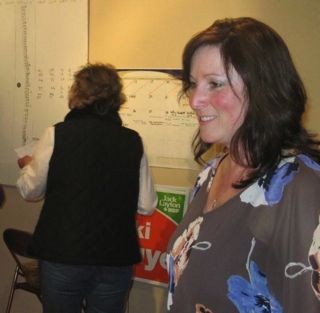 A pair of first time candidates finished two-three in the North Okanagan-Shuswap.

The NDP's Nikki Inouye had hoped to ride the wave of orange that swept the country, but instead finished as the runner-up to Colin Mayes, the same position Alice Brown ended in back in 2008 for the NDP.

Inouye though was ecstatic that her party has become the official opposition in a very historical outcome to this election.

"Very, very happy with the results, obviously locally I would have liked to be elected, but otherwise very happy.  A big part of it had to do with Jack Layton.  He was always very positive, he had the same message of helping families across Canada and I think that message took off."

Inouye said trying to overcome the very Conservative stronghold that exists in the Okanagan was her toughest battle.

"It was challenge, yes.  It was a challenge because I was an unknown, I was a brand new candidate.  So to earn peoples trust takes time, but I think people were ready for a change."

Inouye's political career had really just begun, and now that she has some name recognition in the riding, she believes she may stick around to see if she can beat Colin Mayes and the Conservatives in the next election. 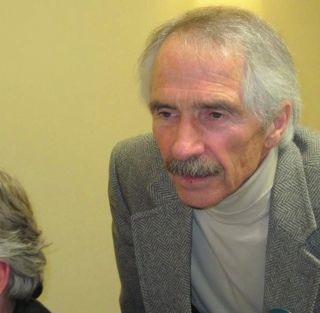 Retired lawyer Grieg Crockett failed to improve on the third place showing Huguette Allen posted in 2008.  He finished third behind Mayes as well, blaming the national media for not helping the Greens get their message across to voters.

"We had good coverage in our riding but I do think the corporate media is afraid of the Green policies and it made a difference. They took Elizabeth May out of the leader's debate right from day one and the general media did not include the Green message in any of its reporting.  They have not brought the polices and context to the public.  They should have enlarged the content information around the policies and they failed to do that taking the other party's slogans instead."

Crockett said he found a lot of Green supporters in the riding actually were taking their votes elsewhere this time.

"There were many voters here that were very sympathic to the Green movement, but the vote count doesn't count that sympathy vote.  Many Green voters felt they had to vote strategically with the National movement.  I've had several apologies from those who lean to Green who said they were sorry but they blew over to another side and were quite apologetic for that. because they felt they had to to avoid a Harper majority."

It was Crockett's first attempt at Federal politics, and it looks like it might have been his last.

"If another election happened next month for sure, but its not going to be for another five years, so that's a long way off.  There'll be lots of new blood by then.