Kelowna-Lake Country Liberal candidate, Kris Stewart is surprised at how far her party has fallen on the national stage. 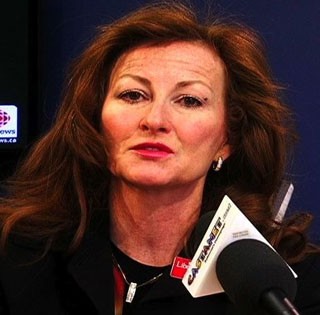 The Liberal Party, which held office just five and half years ago, will finish third nationally. The party has fallen from 77 seats at the dissolution of the last parliament to 34.

The NDP surged into official opposition status with 106 seats.

"It is a surprise, I wasn't expecting that," says Stewart.

"They (NDP) seemed to be on an upward trajectory over the last week but I actually thought that would correct itself. It just didn't happen that way."

Stewart has received 11.5 per cent of the popular vote, down nearly four percentage points from 2008.

"The polls have only been closed for 48 minutes," Stewart indicated earlier in the year.

"You can't really count on the results until they all come in. People I spoke to were angry at the Conservative government, they wanted a change, they were determined to get out and vote."

"I have a lot of respect for Mr. Ignatieff. He is a man with great credentials. He's a warm and compassionate man," adds Stewart.

"I don't necessarily think we need a new leader. He's new to the scene, people just don't know a lot about him yet."

As for her own political future, Stewart says she is not a one-trick pony.

"If they'll have me back as their candidate, I'd be delighted to run again."