Voters in the Central Okanagan came out in large numbers over three days of polling in advance of Monday's federal election. 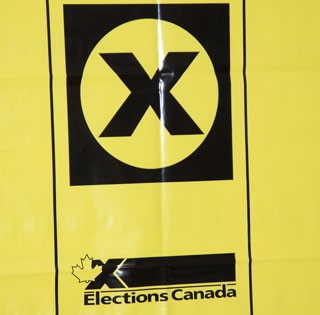 Breaking down the three Okanagan ridings: 8,026 voted in Kelowna-Lake Country, 8,265 cast ballots in Okanagan-Shuswap and 8,095 turned up in Okanagan-Coquihalla.

Nationally, slightly more than 2 million people took advantage of the advance polls, up 34.5 per cent over 2008.

Elections Canada spokesperson Susan Friend says advance polling numbers are never an indicator of what voter turnout will be on election night.

"It would be great if it did translate into a trend that saw more people turning out to the polls on election day."

But Friend says there are various factors that are in play this time around that may affect turnout.

"It was a holiday, the weather was good and there are some important hockey games going on on voting day. There are factors, normal every day factors that may be in play here."

Friend says Elections Canada would be thrilled if there were a corresponding increase in voter turnout on election day, but says it doesn't always work out that way.

Exact numbers will not be available until the votes are counted Monday evening.

General election day is Monday, May 2 and Friend reminds those planning to vote that polls open in B.C. from 7 a.m. until 7 p.m.

Castanet.net will have complete election coverage with both regional and national coverage beginning as soon as the polls close in B.C.