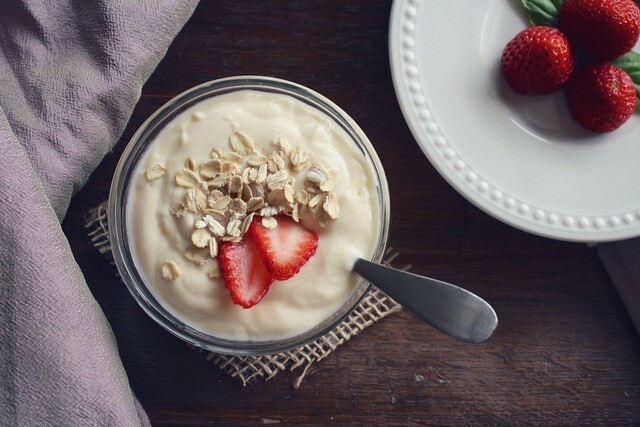 When we use food to create hormonal balance rather than dieting, amazing things happen with our health.

When it comes to food here in North America, and in all First World nations, we have choice—an overwhelmingly abundant number of choices actually.

Aside from the rush on toilet paper last year, how many times have you gone to the grocery store and have seen empty shelves? It never happens.

Some call it a blessing, some blame their poor food choices on it.

Regardless of where you sit on that food spectrum, the one thing we do know for certain is we should be one of the healthiest nations in the world. But we're not. As a First World, wealthy country, we have an abundance of food but a vast majority of the population is starving to death nutritionally. It makes you wonder how that can happen. It all comes down to choice.

Many diseases such as cancer, heart disease, hypertension, high cholesterol, high blood pressure, diabetes, Alzheimer's, digestive issues and leaky gut are all now being called lifestyle diseases. Why? Because the lifestyle that was chosen by the individual, over time, caused the disease to happen.

It would stand to reason then, that if our choices could bring about a negative outcome, it seems reasonable they could also bring about a positive response. And there's science to back it up.

A study published on the NCBI's website by the National Library of Medicine, National Institute of Health shares how making dietary and lifestyle changes is key to reversing these lifestyle diseases and restoring overall health.

“But Tania”, you say, “heart disease runs in my family so I'm bound to get it sooner or later.”

So, why not make it as later as you possibly can?

So why does the better part of our population continue to make poor food choices?

There are two aspects that play a part in how, and what, we eat—physiological and psychological.

The way our bodies are made up, our physiology requires that we eat food. When we deprive our bodies of what they need – restrict calories, remove food groups, forget to eat, skip meals, eat junk food–blood sugar crashes and the hormones in charge of appetite, such as leptin and grehlin, get knocked out of balance.

When we deprive our bodies of the fuel it needs, grehlin goes into high gear, triggering the brain to start telling the body it needs food fast. Leptin, which normally lets us know when we are full, gets shut off.

Hello cravings and overeating. And that's when people are most likely to grab something packaged, processed and/or sugary rather than whole, healthy foods. Ignoring cravings for bad food is a good thing, but if you're also not fuelling with the good at regular intervals throughout the day (for whatever reason—time, working late, dieting) your body will take away from its own muscle, turn it to glucose and send it up to the brain. Oh, and FYI in case you were wondering, it won't take it from your stored fat.

It's pretty difficult to make good food choices when hormones, and “hangry” feelings are working against you demanding to be fed ASAP. The thing is, you can get those hormones to work in your favour, to work together with your body and your brain to get rid of cravings, overeating and impulse snacking. Believe it or not, you do it with food. The thing is, when food is used to create hormonal balance, health happens.

Hormones are balanced when blood sugar is stabilized. And the way to stabilize blood sugar is to eat small macro-balanced meals every three to four hours throughout the day.

I call this PFC every three. Simply put it's eating a balance of a good quality protein, healthy fat and colourful carbs together, within one hour of waking and then every three to four hours throughout the day, up until about an hour and a half before bed.

It’s a simple concept that does take a bit of organizing and prepping to get going, but the benefits are totally worth it.

Blood sugar will be normal, hormones will be balanced, menopause symptoms will be minimized or eliminated, inflammation will be reduced, joint pain will be decreased, digestion will be improved, cholesterol and blood pressure will be normalized, immune will be function-enhanced, it could help reverse some diseases, metabolism will be turned on and stay on and the body will release stored fat and burn it as energy.

Just a little trivia for you—Did you know that for every pound of fat, there are 3,500 calories of stored energy waiting to be used? And once the stored fat starts being released, any excess weight you might be carrying comes off too?

It’s a wonderful side effect that happens when you stop dieting, and start focusing on creating health.

Looking to create health in your body? Join the 8 Weeks is All it Takes Facebook group today.