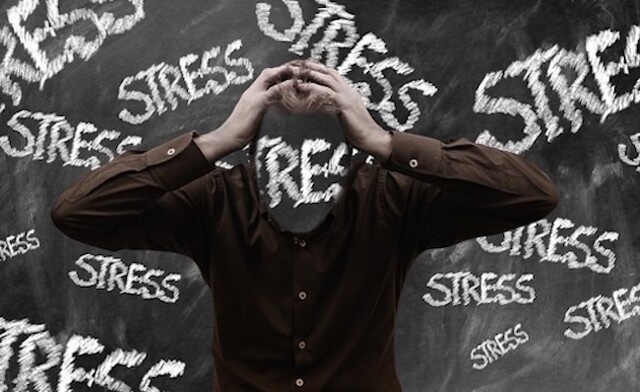 Photo: Contributed
Life years lost is a real measurement directly proportional to our current situation. Millions have been reported and it needs to be addressed.

Another COVID casualty: The other health crisis/pandemic

I think we can all agree that 2020 hasn't been the healthiest year on record. But not necessarily for the reasons you might think.

There are many things that play a role in the outcome of our health. There are six components that I work with clients on,:

Each one has factors that also affect the outcome. More often than not, we have control over those outcomes. Even when considering genetics, which according to Dr. Terry Wahls, MD, clinical professor of medicine at the University of Iowa, controls just five to 15% of the outcomes of our health.

That really is good news because that means we can potentially control upwards of 85% of the outcome of our own health. Except that's not what's been happening this year.

This year has been fraught with more bad news than I'm sure anyone has heard in a very long time, which translates to stress.Stress is listed first for a reason. Left unchecked to become or stay chronic, stress negatively affects all the other components that come after it.

Stress puts the body and brain into a fight or flight mode, a good thing if someone were trying to hurt us. Heart rate increases, insulin spikes, cortisol and adrenaline are released, blood flows away from vital organs out to the extremities and away from the frontal cortex (decision maker) of the brain to the amygdala (fear centre), all causing us to act quickly to resolve or escape the situation.

Once the danger has passed, levels come down and blood flow returns to normal. But what happens when it doesn't?

For the past nine months, every major news source has reported a daily dose of doom and gloom with regards to COVID. Let's face it, we're all more than a little stressed and frustrated by and with it all.

While being informed is important, quite frankly, the constant dripping of negative information delivered multiple times per day across multiple sources, accompanied by ever-increasing restrictions and closures, mounting expenditures and dwindling incomes, and the all-around fear and uncertainty most have been living in for months, has caused harm to more people than the virus.

These are the life years lost.

According to the National Library of Medicine posted on PubMed, life years lost, or years of potential life lost is defined as:

The concept of years of potential life lost (YPLL) involves estimating the average time a person would have lived had he or she not died prematurely.

If a 25-year-old man commits suicide and his otherwise life expectancy would have been 80 years, YPLL is calculated at 55. Hang on we will come back to this.

A large part of the continual drip, drip, dripping of information is the number of cases announced on the daily. It would go a long way to alleviating fears and lowering overall stress if these case numbers were given context.

For example, I know seven people who were told they had the virus, however only two were actually tested. A few friends have also mentioned how odd it was that they, or a family member had signed up to go and take a COVID test but then changed their minds as the wait was long and they were not feeling ill, and were contacted by the testing site to notify them of their positive results.

As well, independent MP Randy Hillier in Ontario asked questions in the House last month regarding the accuracy of the PCR tests. He reported that his findings showed in order for the tests to be accurate, they should be set around 25 cycles (the number of amplifications used to identify the virus) as above that will give a false positive.

Hillier stated in this address that in Canada, testing is done at 40 cycles. And since all the policies, rules and restrictions seem to be based on case numbers alone, it seems it might be worth it to have a look.

In the name of cases, the elderly in care facilities have been sequestered into isolation – from their loved ones and from their fellow residents. A member of a local business group told me she has seen severe decline in her mother because of this.

My grandpa died this past summer in the U.S. He was together with his wife in assisted living and she died before him. After her death, the home would no longer allow his daughters to visit. He underwent two separate amputations, a stroke and died shortly thereafter. Alone, at 102 with a mind as sharp as a tack.

Seniors Advocate of BC surveyed both care home residents and the public. The report is lengthy, but I believe more people need to see their answers. A shorter read, this article done by NBC is heartbreaking as well.

A former colleague who works in a school is deeply saddened that she's no longer allowed to comfort a child who has been hurt, or is feeling sad and frustrated. If they are bleeding, she must put on a mask and glove up before going to the child.

She's seeing children coming to school with hands that are dry, cracked and in some cases bleeding from excessive sanitizing. Broken skin is an easy way for any virus or germ to enter the body. And even more disturbing, younger kids are hesitant and even afraid to approach their older siblings during the school day, when they would have otherwise run up and given a quick hug and gone back to play.

I've spoken to or heard from business owners who haven't been able to take a wage for over eight months, all the while trying to keep up with the increasing protocols and restrictions that seem to just keep coming. Not to mention the employees who no longer have jobs, or now have to try and get a second job to make up for the hours they are no longer able to work.

It's a well-known fact that unemployment is a major contributing factor to suicide. Both the BMJ, British Medical Journal and the MJA, Medical Journal of Australia, concluded that:

“Being unemployed was associated with a twofold to threefold increased relative risk of death by suicide, compared with being employed.”

For those who have been able to stay afloat, the added stress of fearful customers taking it upon themselves to report what they perceive as infractions of the latest rulings, further impacting businesses and livelihoods. Unfortunately, this is happening in Kelowna.

All these extra stressors play a role in our lives and the resulting life years lost. Living in a constant state of fear and stress is not good for our health. High blood pressure, high cholesterol, hypertension, depression, anxiety, weight gain and the risks associated like diabetes, metabolic syndrome, join pain, suppressed immune function to name a few of the physical health issues that are accelerated.

Today, to help bring down and alleviate the stress you're carrying today, turn off the news. Take a walk, read a book, call a friend, watch a movie, preferably something that will make you laugh. Take a break from the negative and take back your health, and some happy.

If you're looking for a community of positive, healthy people, you're invited to join the 8 Weeks is All it Takes group on Facebook. You might even get so healthy holiday treat recipes to try this year.