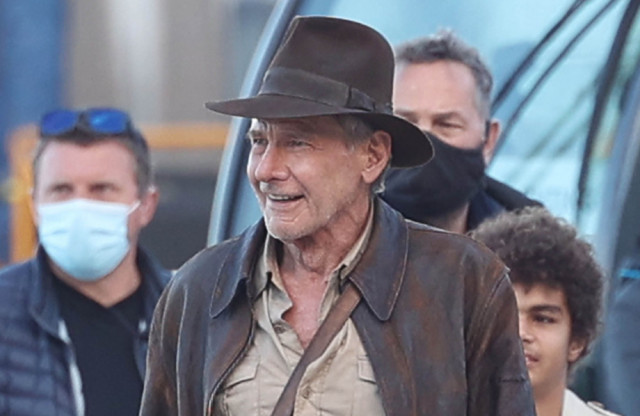 Harrison Ford wanted to close the book on 'Indiana Jones'.

The 80-year-old actor will play the legendary archaeologist for the last time in 'Indiana Jones 5' and is grateful for the chance to bring the character's story to an end.

Asked why he return as Indy for a fifth movie, Harrison told Empire magazine: "I just thought it would be nice to see one where Indiana Jones was at the end of his journey.

"If a script came along that I felt gave me a way to extend the character."

The movie's director James Mangold made sure Indy's age was referenced in the plot and even made changes to the script to address the theme.

The filmmaker explained: "It became really important to me to figure out how to make this movie about a hero at sunset... The issues I brought up about Indy's age were not things I thought were being addressed in the material being developed at the time. There were 'old' jokes, but the material itself wasn't about it.

"To me, whatever your greatest liability, you should fly straight towards that. If you try to pretend it's not there, you end up getting slings and arrows the whole way."

It has been speculated that Phoebe Waller-Bridge could replace Harrison as the character as she will feature in the new movie as Indy's goddaughter Helena.

Film chiefs have shot a series of possible endings for the movie – including the death of the lead character – although Mangold has denied claims that this will happen.

The director – who takes over from Steven Spielberg behind the camera on the upcoming film – tweeted: "No one will ever replace Indiana Jones. Not in any script. Not in any cut. Never discussed."