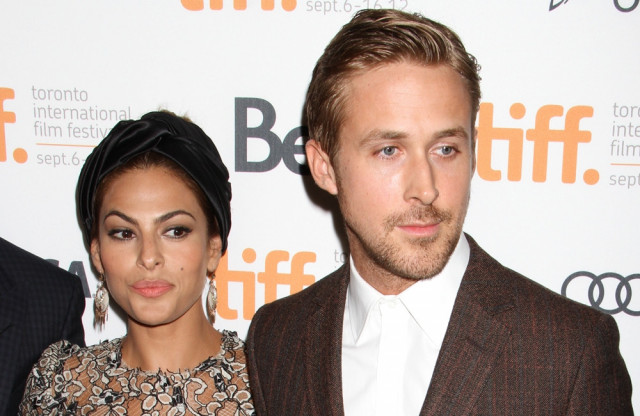 Eva Mendes has described Ryan Gosling as her "husband."

The 48-year-old actress has repeatedly fuelled speculation over the last week that she and the 'First Man' star - who have daughters Esmeralda, eight, and six-year-old Amada together - have secretly tied the knot at some point in their 11-year relationship and she's seemingly given fans another clue as to their relationship status.

Appearing on Australia's 'Today' show, she said while discussing their time Down Under, where Ryan is filming 'The Fall Guy': "Everyone is so welcoming here and my husband Ryan is here and we are having the best time."

Earlier in the week, Eva sparked questions from fans when she showed off a tattoo on her wrist which features the words "de Gosling".

She was asked about the marriage gossip in an interview on Australian radio's 'The Kyle and Jackie O Show' on Friday with stand-in co-host Brittany Hockley asking the actress: "There's a rumour that you guys might have secretly tied the knot. Is that true?"

Eve then replied: "But who says we weren't already? I like to keep it all mysterious."

She then went on to address the tattoo, initially joking it was a temporary "press on" before adding: "I do have a tattoo. No, it's not a press on. But I got it years ago. I posted a picture and I've gotten a lot of funny questions."

Many fans are convinced the tattoo confirms the couple are husband and wife.

The 'Place Beyond the Pines' star were previously hit with marriage rumours back in 2016 when Us Weekly reported they had tied the knot in private in front of a small group of family and friends with a source telling the publication: "Eva and Ryan have always felt like a married couple. They are infatuated with each other."

However, a representative for the stars later denied a wedding had taken place.