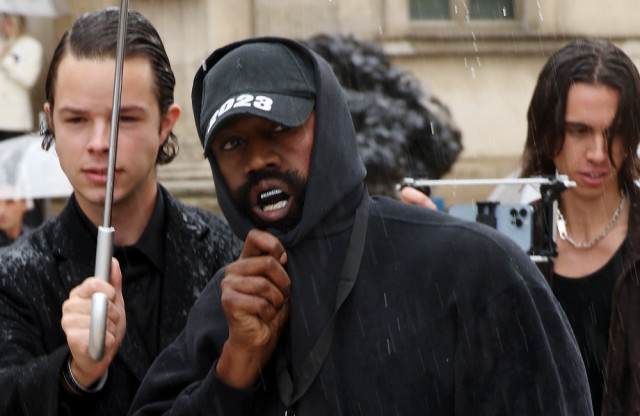 Kanye West is accusing the Kardashians of being “liars” who “basically kidnapped” his daughter Chicago on her birthday.

The rapper’s claim came as Khloe Kardashian, 38, publicly pleaded for the 45-year-old to stop “tearing down” her sister as Kanye dragged up his family dispute amid his ‘White Lives Matter’ fashion show scandal.

Khloe’s older sister Kim, 41, who divorced Kanye this year, shares four children with the rapper – North, nine, Saint, six, Chicago, four, and Psalm, three – and has denied Kanye’s claim she hosted a ‘secret’ birthday party for their daughter Chicago in January after he accused her of failing to tell him about the celebration.

Kanye launched into a tirade about the row by saying on Instagram in response to a post by Khloe: “YOU ARE LYING AND ARE LIARS Y’ALL BASICALLY KIDNAPPED CHICAGO ON HER BIRTHDAY SO SHE COULD REMEMBER HER FATHER NOT BEING THERE.”

He added the family “also threw a party” for Psalm when he was travelling back from Japan.

Kanye continued: “THE FIRST I HEARD ABOUT IT WAS SEEING PICS OF THE PARTY ONLINE ALSO I SHOULD SEE MY CHILDREN 100% OF THE TIME BUT SINCE THERE’S A SEPARATION IT SHOULD HAVE BEEN 50% OF THE TIME.”

Khloe used Instagram to plead with Kanye: “STOP tearing Kimberly down and using our family when you want to deflect”.

The rapper has been branded a “bully and a joke” by model Gigi Hadid, 27, over the tops, while his spokesman Jason Lee quit in protest over the use of the shirts, saying Kanye was “gaslighting black people” and “empowering white supremacy”.

They added: “‘All Lives Matter’ and ‘White Lives Matter’ have long served as violent retorts to the ‘Black Lives Matter’ movement, used by white supremacists and hate groups, including the Ku Klux Klan.”