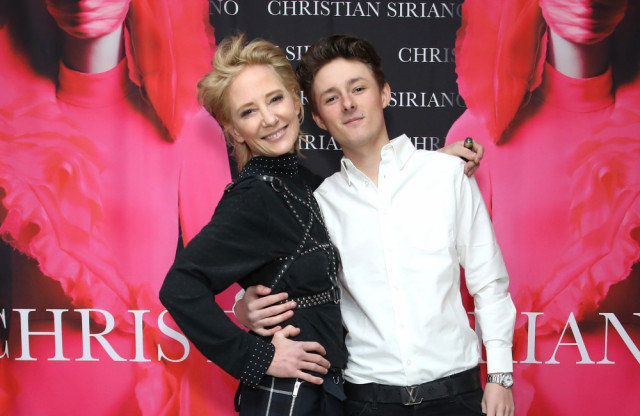 Anne Heche's son has claimed a will presented by the actress' former partner is invalid.

Homer Laffoon - whose father is the late 'Donnie Brasco' actress' ex-husband Coleman Laffoon - has been locked in a dispute with James Tupper since the star died following a car crash in August, and he's now filed a nine-page supplement to his previous petition to assume control of his mother's estate.

In the new documents, the 20 year old claimed a 2011 document which James claimed to be a will naming him as administrator of Anne's estate is not valid because the signature doesn't belong to the actress and wasn't observed by two witnesses, as are a legal requirement.

Documents obtained by People magazine state: "Mr. Tupper repeatedly refers to the email attached to the Objection as a 'will.' However — as a matter of law — the email does not qualify as either a holographic will or formal witnessed will.

"The email fails to satisfy the legal requirements for a valid holographic will because the material provisions of the purported will are not in the handwriting of the Decedent. A will is valid as a holographic will, whether or not it is witnessed, if the signature and the material provisions are in the handwriting of the testator.

"The email presented to the Court as Decedent's 'will' by Mr. Tupper fails to meet the requirements for a valid holographic will because the signature and material provisions are not in the handwriting of the Decedent. The email fails to satisfy the legal requirements for a valid formal witnessed will because the email was not signed by the Decedent and does not have two witnesses who signed the document during the lifetime of the Decedent."

The paperwork goes on to insist that without a valid will, "there can be no nomination of an executor" or an executor selected, in general.

This role is important as the executor "is appointed to administer an estate pursuant to a valid will".

Homer also accused James, 57, of interfering with his attempts to communicate with his 13-year-old half-brother, Atlas Heche Tupper, since their mother's death.

And the student branded several of James' own previously-filed objections to Homer's "suitability" to serve as administrator "inaccurate and unfounded", including a claim that he was "estranged from his mother at the time of her death".