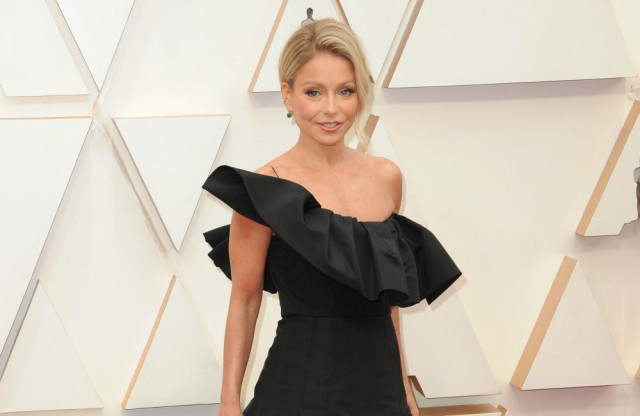 The 51-year-old TV star co-hosted 'Live!' alongside Regis - who died in July 2020, aged 88 - for a decade, but Kelly admits that their relationship was a complicated one.

Discussing co-hosting 'Live! With Regis and Kelly' between 2001 and 2011, she shared: "There were good and bad days.

"I don't want to feel like I'm slamming anyone or that I'm being disrespectful. But I also want people to know it was not a cakewalk.

"It took years to earn my place there and earn things that are routinely given to the men I worked with. Including an office and a place to put my computer."

Kelly replaced Kathie Lee Gifford as Regis' co-host, and she admits to initially struggling in her new role.

She told PEOPLE magazine: "The biggest misconception is that it all came easily. People think I just showed up one day and was handed a job and I lived happily ever after and now everything's perfect. But it never is that way."

Despite this, Kelly always relished spending time with Regis off camera.

The TV star suggested that their relationship was dramatically different when they were both out of the spotlight.

She said: "Off camera and outside of that building, it was a different thing.

"The handful of times we spent together, I so enjoyed. We went to the same resort once on vacation and he came to a dinner I hosted - one of the favourite nights of my life. I never laughed so hard."

She said: "If I could become a tenth as good, I'd be happy. It's taking the audience on a ride with you and remembering that you are always the butt of the joke."