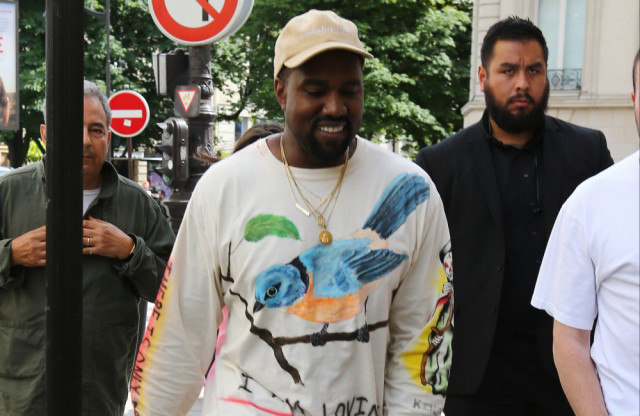 Kanye West has apologized to Kim Kardashian for causing her stress.

The 45-year-old rap star and Kim, 41, finalized their divorce earlier this year, but in a promotional clip from his upcoming interview on 'Good Morning America', Kanye has offered a heartfelt apology to his ex-wife.

The chart-topping rapper - who has North, nine, Saint, six, Chicago, four, and Psalm, three, with Kim - says: "This is the mother of my children. I apologize for any stress that I have caused."

Kanye has often turned to social media platforms to discuss his issues with Kim over recent months.

But the 'Stronger' hitmaker has rubbished the suggestion that social media is inherently negative.

Asked if platforms such as Instagram and Twitter are more "hurtful or beneficial" overall, Kanye replied: "Oh, that’s one of my favourite questions this interview.

"I mean, we can use a car to rush somebody to a hospital - or we could use a car and accidentally hit somebody while we’re rushing somebody to the hospital. So it’s all in how we use it."

Meanwhile, Kim recently claimed that she's doesn't care what people think of her.

The reality star - who split from comedian Pete Davidson earlier this year - insisted she's learned how to deal with outside "noise" with the help of her family.

Kim shared: "It has gotten easier ‘cause I think you just get to a level where you see that so much of it is noise, and we have each other, we have us as a support system.

"I couldn't do it without my family. Just because when there's maybe a little too much noise everyone's there just to be like, ‘OK we know what's real. We know what's happening. This doesn't matter. Let's all just come back to what we know, and that's each other.' And I feel so grateful that we had all of those experiences at the same time so we can really lean on each other."