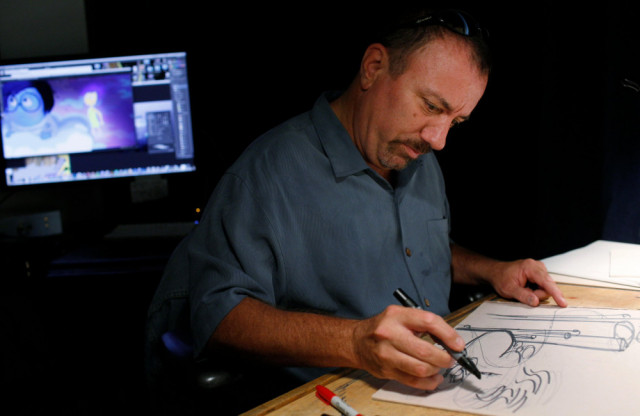 Ralph Eggleston has died aged 56 after a long battle with pancreatic cancer.

The legendary Pixar animator - who worked on the likes of 'Toy Story', 'Finding Nemo', 'Monsters Inc', 'The Incredibles' and 'Inside Out' for the studio - passed away on Sunday.

"Pixar and the world will be forever grateful."

As well as serving as an art director on 'Cars', 'The Incredibles', 'A Bug's Life' and the first two 'Toy Story' movies, he served the same role on Disney classics 'The Lion King', 'Aladdin' and 'Pocahontas'.

His final credited work was for Pixar's 2020 feature 'Soul', which he worked on as a development artist.

'Lightyear' director Angus MacLane added: “RIP Raph Eggleston. Truly one of a kind. His massive talent was matched only by his kindness."

"I’m going to miss the way you would enthusiastically recommend old horror films – complete with a very [specific] anecdote about the art department – most of all. You liking me is one of my proudest achievements."

Jorge R Gutierrez - the creative behind 'El Tigre: The Adventures of Manny Rivera' and 'The Book of Life' also paid tribute on Twitter, and wrote: "“Adios Maestro Ralph Eggleston.

"A true titan of our art form. He reached out to me after ‘Book of Life’ and I will forever cherish our conversations.

"Before many knew he was sick he was trying to donate his spectacular art book collection to a Mexican animation school. That’s Ralph."