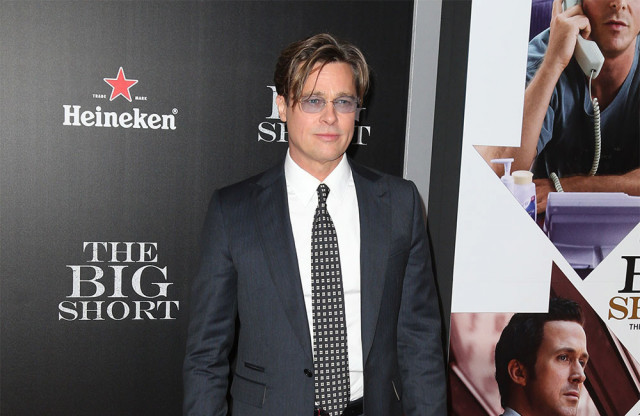 Brad Pitt and his Make It Right Foundation have agreedt to a $20.5 million settlement with homeowners in New Orleans.

The actor and his charity were first subjected to a class action lawsuit from homeowners in 2018, after they alleged the foundation sold affordable but "defectively and improperly constructed homes" to residents seeking shelter in the wake of Hurricane Katrina.

And, four years later, the company has reached a settlement agreement with the homeowners and is partnering with Global Green to rectify the issues.

Brad, 58, told Us Weekly: "I am incredibly grateful for Global Green’s willingness to step up and provide this important support for the Lower Ninth families. We collaborated in the early days post-Katrina and we are very fortunate to have Global Green’s generous continuing commitment to help address the challenges around these homes and others in need.

"Hopefully this agreement will allow everyone to look ahead to other opportunities to continue to strengthen this proud community in the future."

Brad previously tried to get his name dropped from the lawsuit, because he claimed he had no involvement in building the homes.

Brad's legal team said: "The petition contains no allegations that Mr. Pitt committed any act or omission, other than in his capacity as a Director, which allegedly caused plaintiffs emotional distress, much less a physical injury."

It was previously claimed the actor had donated millions of his own money to try and fix the problems with the buildings.

A source said: "Brad's been working on this for around a year. Once he knew that there were things that were not up to the standards that he and others would expect, he addressed it - it's not like he waited for the complaint to be made before doing something about it."

Brad and designer William McDonough founded Make It Right in 2006, a year after the hurricane struck the region.