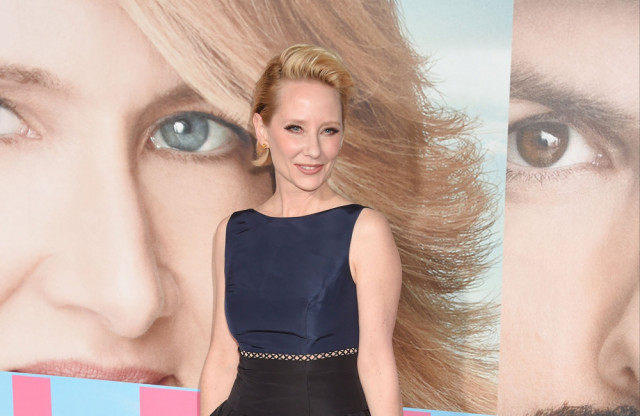 Anne Heche’s car crashed through a wall and stopped around 10 feet inside a Los Angeles home, a distressing 911 call has revealed.

A neighbour gave authorities details of the actress’ accident in an appeal for help to police obtained by CNN.

The outlet says the caller told a dispatcher a car had just gone through their neighbour's house, travelling at such a speed it ended up in the second room.

They said they didn’t know who had been driving or how many people were inside the blue Mini Cooper.

The caller was heard saying: “Somebody is opening the back to see if we can access… because they’re kinda trapped... inside the car.”

Another person in the background yells “fire!” on the recording, and someone else is heard asking for hoses to extinguish flames, while the dispatcher attempts to work out where the blaze was burning.

The caller told them it was in the car, which they said was filled with “really black” smoke.

Other people can be overheard exclaiming someone was still inside the vehicle, before paramedics arrived at the scene.

Heche, who died August 11 after being taken off life support, was severely burned in the car fire, which took 59 firefighters to fight and more than an hour before it was extinguished and the actress was freed.

The cause of the crash remains under investigation, with security footage showing Heche’s vehicle speeding down the street out of control before striking the home.

Heche lapsed into a coma shortly after being extracted from the wreckage and was on life support until her death, with her heart kept beating so she could be assessed for organ donation.

The Los Angeles County coroner’s office has ruled the death was an accident caused by “inhalation and thermal injuries”.

Lynne Mishele, the owner of the home into which Heche crashed, escaped with minimal injuries but lost her home.

Neighbours have raised close to £200,000 for her through a GoFundMe page.

In the days since Heche's death, her loved ones and co-stars alike have continued to grieve, with many remembering her “huge heart”.

On Tuesday, ‘Chicago P.D.’ actor Jesse Lee Soffer, 38, shared photos of the ‘Donnie Brasco’ actress on set during what is thought to have been the final day of her filming for appearances in 11 episodes of the NBC drama.

He said alongside the images: “I haven’t really known what to say. I just want to pay my respects.

“Anne was such a kind person. Always generous. Always funny. I’m so sorry for her family. I hope they know how many people she really touched. I think these pics were from her last day on set with us.”