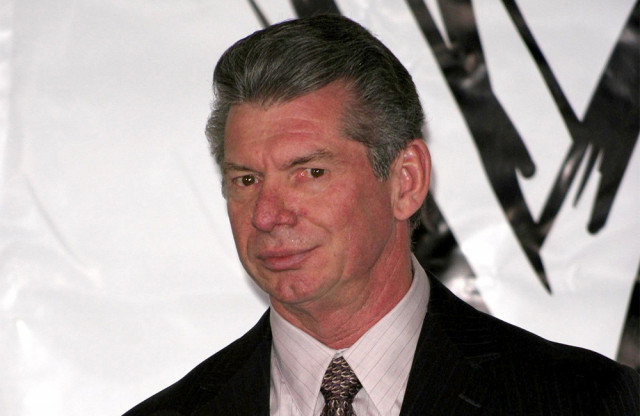 The former World Wrestling Entertainment (WWE) chairman and CEO - who retired from the company last month amid misconduct allegations - made charitable donations of $5 million to the now-dissolved Donald J. Trump Foundation, according to The Wall Street Journal.

The payments were made during the two years that former US President Trump appeared on televised WWE events.

The $5 million was reportedly among nearly $20 million in unrecorded company expenses, discovered by an internal board investigation after McMahon stepped down amid allegations he made 'hush payments' to a number of women in the past.

An attorney for the WWE said the payments to Trump should have been noted as business expenses because McMahon was a principal shareholder and the payments benefited the company.

Jerry McDevitt, the attorney, told The Wall Street Journal: "Mr. Trump and WWE entered into a contract whereby WWE agreed to and did pay him personally an appearance fee of $1 million. At the same time, the McMahons made a personal contribution to the Trump Foundation of $4 million. There was no additional fee paid to Mr. Trump, or any additional contribution to the Trump Foundation, due to the success of the event."

The WWE said in a securities filing this week that their investigation into payments made by McMahon is "substantially complete".

Speaking after his retirement, McMahon said: "I am extremely confident in the continued success of WWE, and I leave our company in the capable hands of an extraordinary group of Superstars, employees, and executives - in particular, both Chairwoman and Co-CEO Stephanie McMahon and Co-CEO Nick Khan.

"As the majority shareholder, I will continue to support WWE in any way I can. My personal thanks to our community and business partners, shareholders, and Board of Directors for their guidance and support through the years."