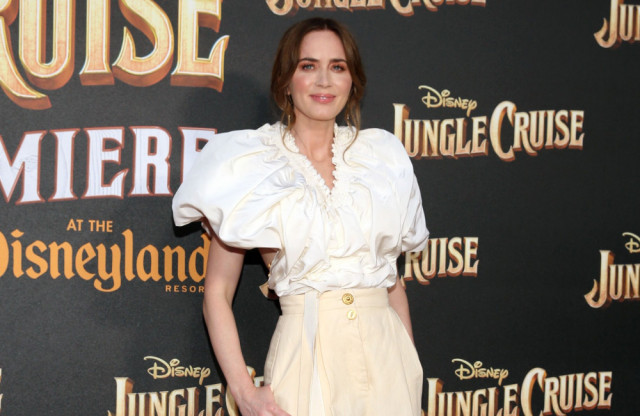 Emily Blunt has joined Ryan Gosling in the cast of 'The Fall Guy'.

The 39-year-old actress has been tapped to star alongside 'The Gray Man' star for the new movie, which is inspired by the 1980s television series of the same name.

David Leitch is directing the film and is also producing with partner Kelly McCormick for their 87North banner.

Drew Pearce, who worked with Leitch on the 'Fast and Furious' spin-off 'Hobbs and Shaw', has written the script and serves as an executive producer on the flick. Gosling is also a producer on the project.

Plot details are not yet known but the movie is set to be released in March 2024.

The original series aired on ABC from 1981 to 1986 and featured Lee Majors as a Hollywood stunt man who also works as a bounty hunter to make ends meet.

Emily previously revealed that she likes to play adventurous roles and enjoys a "leap into the unknown" when she takes on a part.

Reflecting on her performance as botanist Lily Houghton in the film 'Jungle Cruise', the star said: "They give me food for thought. They make me think. I do want to play people for whatever reason, I feel I have an in with them, and it's really a theory as to why I think I have an in with them.

"So I don't think I'm nearly as adventurous-spirited as Lily is, but I do love the leap in the unknown. I really do. I love it about every choice I make. I just like to do stuff that moves me, so that hopeful spirit she has was close to home. I loved it. I understood it."