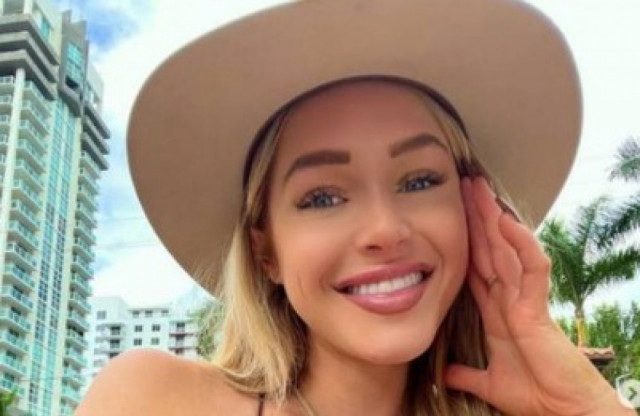 OnlyFans model Courtney Clenney has been charged with murder.

The influencer, who goes by the name of Courtney Tailor on social media, is set to be charged with second-degree murder following the fatal stabbing of her estranged boyfriend at their Miami apartment.

She was arrested in Hawaii on Wednesday and is now set to be extradited to Florida, where she will face the charge.

Clenney, who has more than two million followers on Instagram, was at a rehab facility for substance abuse and PTSD when she was arrested by police.

Frank Prieto, her defense attorney, told the Miami Herald newspaper: "I’m completely shocked, especially since we were cooperating with the investigation and offered to voluntarily surrender her if she were charged.

"We look forward to clearing her name in court."

Prieto has insisted that his client acted in self-defence when she was attacked by her ex-boyfriend. The attorney alleged that he'd been stalking her for several weeks and that Clenney only stabbed him after she was grabbed by the throat.

The couple had been living together at the apartment for a few months. However, staff claimed there had been numerous domestic violence incidents and efforts had already been made to evict them from the property.

However, Larry Handfield - the lawyer representing the Obumseli family - subsequently urged the authorities to reconsider the case and the decision to reopen the investigation has now led to Clenney's arrest.

By contrast, Prieto has acknowledged that the pair had a "toxic relationship" and insisted that the stabbing was a case of self-defence.