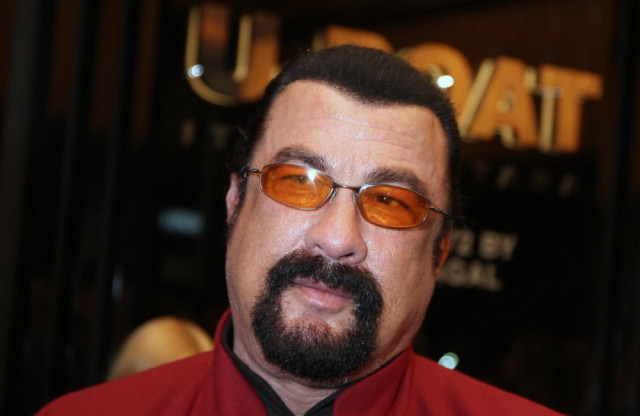 Steven Seagal has toured a bombed Ukrainian prisoner of war camp where 50 died in a recent explosion.

The 70-year-old actor – who has called Vladimir Putin one of the world’s greatest leaders – was photographed looking through the bars of a prison where Ukrainians are being held by pro-Russian forces.

Footage of his visit appeared on the Telegram channel of Russian TV, with host and Putin propagandist Vladimir Solovyov saying Seagal had “personally examined the evidence – including the pieces of American rockets – that confirm Kyiv’s links to the mass murder of their own soldiers”.

Seagal, who has Russian citizenship, was seen inspecting the Olenivka detention centre in the Donetsk region of Ukraine alongside Denis Pushilin, leader of the breakaway Donetsk People’s Republic.

Pushilin claimed Seagal was filming a documentary about the Ukraine war, adding: “Steven said that 98 per cent of people who are talking about the conflict in media have never been here (in Donbas.)”

The prison was last month devastated by a deadly explosion that killed some 50 Ukrainian inmates, including prisoners of war who had surrendered back in May at the besieged Azovstal steel plant in Mariupol.

Seagal, whose 1990s films include ‘Hard to Kill’ and ‘Under Siege’, received his Russian passport personally from Putin in 2016.

Two years later, the Russian president made him Russia’s envoy to the US for humanitarian issues – the same year he was also granted citizenship by Serbia, one of Russia's closest European allies.

In March this year, the actor visited Moscow for Putin’s birthday party.

And in 2013, Seagal joined the Russian weapons manufacturer OSIRIS, lobbying the US to ease import restrictions on Russian-made guns and developing his own long-range rifle.

Despite the actor’s support, on 2015 Putin’s spokesman Dmitry Peskov said: “I wouldn’t necessarily say he’s (Putin) a big fan (of Seagal), but he’s definitely seen some of his movies.”