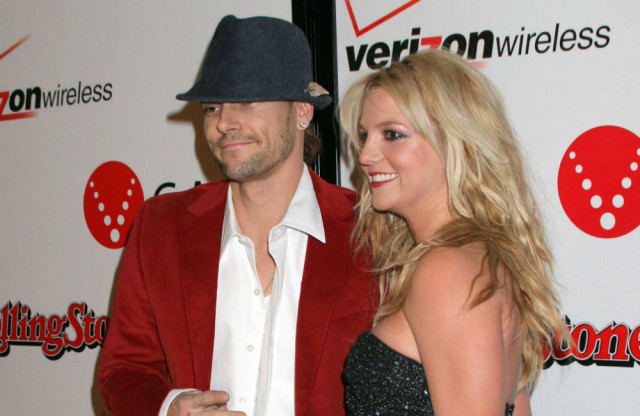 Kevin Federline has leaked videos of Britney Spears seemingly telling her kids off.

The 40-year-old pop icon's ex-husband recently claimed that their sons Preston, 16, and Jayden 15, haven't seen their mother "for months."

He claimed the boys had "decided" they didn't want to see their mother or attend her recent wedding to Sam Asghari, and suggested the teenagers were embarrassed by her revealing Instagram posts.

The 'Gimme More' singer denied that her social media posts are anything to do with her not seeing them and branded the comments as "hurtful."

And now, the feud has escalated after the 44-year-old former back-up dancer - who was married to Britney between 2004 and 2007 - posted two clips of the mother-of-two allegedly arguing with her sons, and claimed that his boys gave him permission for the footage to be made public because "the lies have to stop."

He captioned the videos on Instagram: "I cannot sit back and let my sons be accused in this way after what they’ve been through. As much as it hurts us, we decided as a family to post these videos.

"This isn’t even the worst of it. The lies have to stop. I hope our kids grow up to be better than this."

The videos are poorly lit and filmed by the teenagers. Britney is also unaware she is being filmed.

In one of the clips, the 'Toxic' hitmaker asks her boys to "start respecting me."

She says: "This is my house. If I want to come in here and give you lotion for your face because it’s coarse … y’all better start respecting me, are we clear?"

She fumes: "You all need to start treating me like a woman with worth. I am a woman, OK, be nice to me, do you understand?"

In another clip, they are in the car when Britney says she is "shocked" by something that one of her boys has done, before blaming it on him going through "puberty", and then insisting she cares "more than you know."

"And I’m scared of you because you're weird because you’re going through puberty. And I don’t know what to say. But I do care more than you know."

The leaks came shortly after Britney claimed her sons were "hateful" towards her.

“They would visit me, walk in the door, go straight to their room and lock the door !!!

“The MONITOR would tell me that he just likes to be in his room.