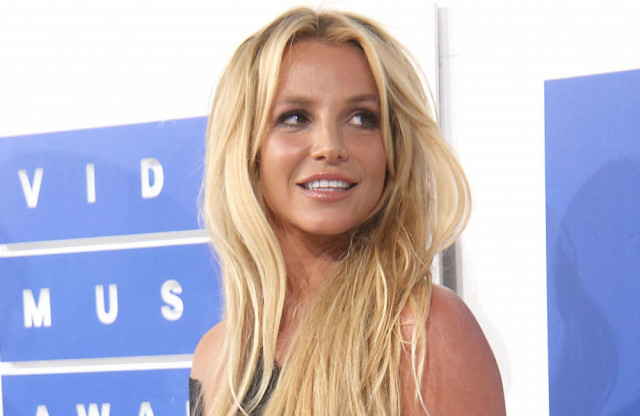 Britney Spears has confirmed her musical comeback with Elton John.

The ‘Piece of Me’ hitmaker, 40, is making her return to pop music after being freed from her conservatorship with a duet with the xx-year-old legend titled ‘Hold Me Closer’, a revamped version of his hit 1971 song ‘Tiny Dancer’.

The collaboration - which has been teased for months - was confirmed by Elton on Instagram as he posted a photo of a rose and a rocket emoji with the caption “hold me closer” on Monday (08.08.22).

Britney - who recently tied the knot with Sam Asghari, 28 - was released from a legal arrangement that gave her father Jamie Spears, 70, control over her medical, financial and other decisions since 2007 when the ‘Sometimes’ hitmaker was placed under after experiencing mental health difficulties. Currently, Jamie is involved in a misconduct allegation court case surrounding the conservatorship. Judge Brenda Parry denied a motion he put forward to have Britney come in for questioning.

This year, Britney and Sam have gone through a lot together as a couple, such as suffering the miscarriage of their “miracle baby”. They also launched required legal action after her ex Jason Alexander - who she was married to for 54 hours in 2004 - gatecrashed her wedding last month. Since then, Jason has pled not guilty to charges of stalking, trespassing, battery and vandalism.

Recently, Sam defended Britney from allegations from her ex Kevin Federline, 44 - who said their two teenage sons, Sean Preston, 16, and Jayden, 15 - are opting not to see their mother.

In an Instagram post, Sam wrote: “There is not validity to his statement regarding the kids distancing themselves and it is irresponsible to make that statement publicly. "The boys are very smart and will be 18 soon to make their own decisions and may eventually realize the ‘tough’ part was having a father who hasn’t worked much in over 15 years as a role model...Kevin’s gravy train will end soon which probably explains the timing of these hurtful statements...I do not know him personally and have nothing against him aside him choosing to vilify my wife. His character is revealed by approval of the cruel 13 year (conservatorship) and his loyalty to Jamie indicates his approval at time of its conception as well.”

Britney added: “It saddens me to hear that my ex-husband has decided to discuss the relationship between me and my children. As we all know, raising teenage boys is never easy for anyone .. It concerns me the fact that the reason is based on my Instagram ... it was LONG before Instagram ... I gave them everything. Only one word: HURTFUL ... l’Il say it ... My mother told me 'You should GIVE them to their dad.' I’m sharing this because I can. Have a good day folks!!!"