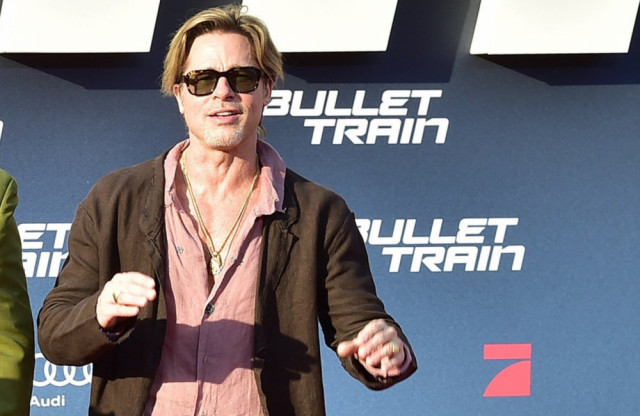 Brad Pitt has a list of actors he won’t work with again, according to his 'Bullet Train' co-star Aaron Taylor-Johnson.

The 58-year-old Hollywood legend is said to keep notes on the actors who he loves and the ones he doesn't wish to be on set with again, just like Aaron, 32.

Speaking to Variety, the latter said of Brad: “He just wants to bring light and joy into the world and be around people who are there to have a good time. You work with many actors and after a while you start making notes: ‘I am definitely not working with this person ever again.’ Brad has this list too: the ‘good’ list and the s*** list.”

Brad filmed a cameo for Sandra's 'The Lost City' and she plays Maria Beetle, the handler of trained killer Ladybug (Pitt), in his latest movie 'Bullet Train' and Brad hopes he and his "old friend", who is also 58, will collaborate again in the future.

The 'Fight Club' star said in a recent interview: "Sandy is an old friend. She's a diehard person I could call for favours over the years and I have done many many times and she's always there.

"Her timing was great, she was a great person to have in my ear in a situation like what which is actually kind of intimate. It just worked out really well and she had her film and I got to do a little bit of hers. I think we'll continue to do the same."

The 'By the Sea' star was also full of praise for co-star Joey King, 23, who plays hired killer Prince.

He said: "She's a powerhouse. She was just 21 when we were filming. Listen, I consider us pretty sharp but she's the sharpest of us all."