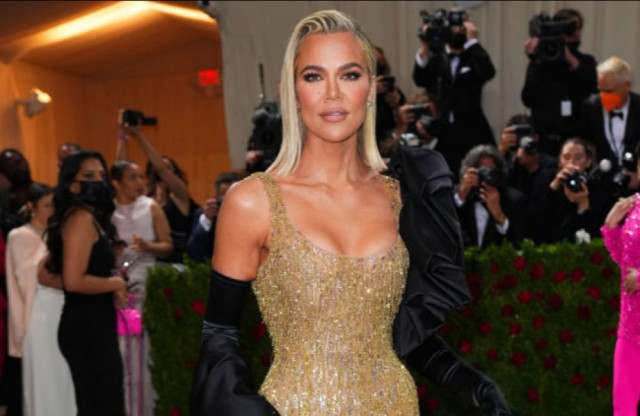 Khloe Kardashian has split from her mystery boyfriend.

Back in June, the 38-year-old reality star - who is mother to four-year-old True with ex-boyfriend Tristan Thompson and welcomed a son with him via surrogate on Friday (05.06.22) - was said to be dating a private equity investor but has now reportedly called things off so she can "focus" on motherhood.

A source told E! News: "[Khloe's new relationship] has slowly fizzled out over the last few weeks. She is enjoying being single with her sole focus on being a mom and her work and is open to finding love again if the right person comes into her life, but is really happy right now. She is not looking and in no rush."

Khloe s also said to have "fully moved on" from her relationship with Tristan there is "no chance" of a reunion even though she has split from her mystery boyfriend.

The source added: "There is no chance of reconciliation [with Tristan]. Khloe has fully moved on and has been very clear in that."

While it has not been confirmed who the Good American founder was dating, Khloe - who was also married to Lamar Odom from 2009 until 2013 - was said to have been introduced to the mystery man by her older sister and 'Kardashians' co-star Kim, 41, and back in June.

At the time, a source said: "Khloe is feeling really good with her new mystery man!"

Meanwhile, news that Khloe and Tristan had welcomed a second child via surrogate was confirmed by PEOPLE, but the rep did not share any other details with the outlet.

The news of the surrogacy was announced last month, with a rep saying: "We can confirm True will have a sibling who was conceived in November.

"Khloé is incredibly grateful to the extraordinary surrogate for such a beautiful blessing. We'd like to ask for kindness and privacy so that Khloe can focus on her family."

Tristan also has son Prince, five, with his ex Jordan Craig and son Theo, eight months, with Maralee Nichols and Khloe admitted that she had opted for to have a baby via surrogate after being told that there was an "80-something per cent chance that [she] will miscarry" .