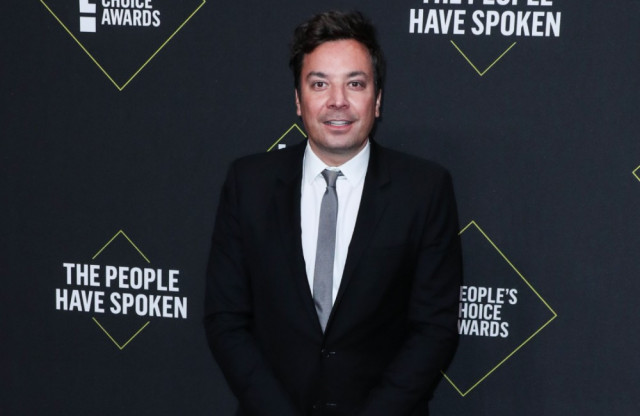 Queen Elizabeth is wanted by Jimmy Fallon for an appearance on 'The Tonight Show'.

The late-night talk show host has claimed he and the team have approached the 96-year-old monarch to join him on his show and would even bring the show to her in England.

Speaking to 'Entertainment Tonight' about his dream guests, he said: “We put word out to the Queen.

“We’ll go to her. “Whatever Her Majesty wants, we will do.”

The 47-year-old television personality insisted the show is "very welcoming" and they make sure to put everyone at ease no matter how "goofy and silly" they get.

He added: “Our show’s very welcoming, and always fun, and just goofy and silly.

“Everyone knows you have nothing to worry about on our show. We have great writers and you just gotta come [and] be free, be able to do sketches.”

It might prove challenging getting Her Royal Highness on the US show, as she's recently scaled back public appearances due to episodic mobility issues, while she quit overseas visits in 2015.

What's more, the queen's job description was recently rewritten, reducing the list of obligations she "must fulfil" and placing greater emphasis on the support of the wider royal family.

According to the Sovereign Grant report - which is signed by Keeper of the Privy Purse Sir Michael Stevens - the queen's role still includes two key elements, Head of State and Head of Nation.

The "formal constitutional concept" of Head of State previously had a 13-point list of duties the queen "must" undertake, including the State Opening of Parliament, paying and receiving state visits, and the appointment of the Prime Minister.

However, the new version offers a more loose definition, simply noting the queen's role “encompasses a range of parliamentary and diplomatic duties” and noting only that she "receives" other visiting heads of state.

The symbolic role of Head of Nation is carried out "where appropriate or necessary" and focuses on her inspiring “unity and national identity” and “continuity and stability”, recognising the “achievement and success” of others and ensuring “support of service” from volunteers to the emergency services and the military.

The changes came amid the ongoing mobility problems Elizabeth II has been experiencing in recent months.

The "Queen's programme" of engagements has been swapped for more general "visits in royal programmes".

The documents also note: "The Queen is greatly assisted by other members of the Royal family who undertake official duties on behalf of Her Majesty."

A palace source emphasised that it was not a “drastic” change, but a small update.

Prince Charles - the first in line to the throne - has frequently been undertaking engagements on behalf of his mother.