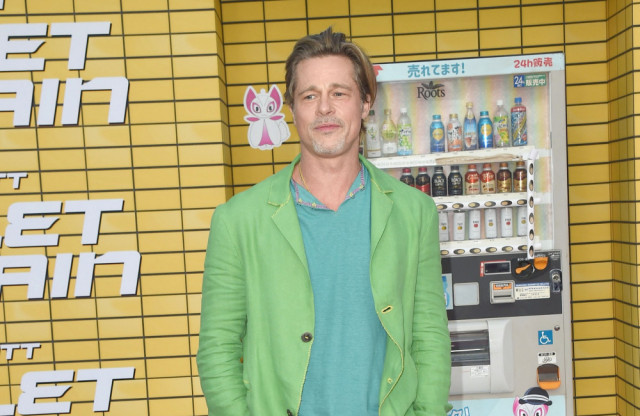 Brad Pitt mused he cries about time moving fast as he called his daughter Zahara smart.

The ‘Bullet Train’ actor, 58, made the admission after he also talked about his daughter Shiloh, in a rare move of talking about the children he shares with ex-wife Angelina Jolie, from whom he split six years ago.

He told Vanity Fair about 17-year-old Zahara: “I’m so proud of her. She’s so smart. She’s going to flourish even more at college.”

The singleton, who split from Angelina, 47, in 2016, added: “It’s an exciting and beautiful time to find her own way and pursue her interests. I’m so proud.

“Where does the time go, right? They grow up too fast. It brings a tear to the eye.”

It comes after he told Entertainment Tonight Shiloh, 16, is so “beautiful” it makes him well up.

He said her dancing is so good “it brings a tear to the eye, yeah.”

Angelina said Zahara had landed a place at the historically black liberal arts college for women and will be relocating to Atlanta, Georgia, in the coming months.

The ‘Maleficent’ actress shared a photo of daughter and some of her fellow students, some of whom were wearing Spelman shirts, and wrote on Instagram: “Zahara with her Spelman sisters! Congratulations to all new students starting this year. A very special place and an honor to have a family member as a new Spelman girl. #spelman #spelmancollege #spelmansisters #HBCU.”

She has said about juggling the demands of parenting a large family: “I want to give them a bit of structure. I try to make schedules at home.

“My daughter Zahara is better at organising things than I am.”

Brad and Angelina’s eldest son Maddox studied at Yonsei University in Seoul, South Korea, though his classes moved online and he returned to the US during the Covid pandemic.

Their second son Pax graduated last summer but is not believed to have taken up a place at college.