Another child for Khloe 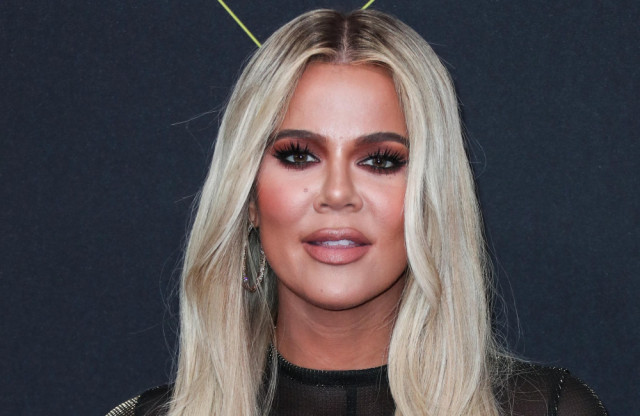 Khloe Kardashian is expecting a second child with her ex Tristan Thompson.

The 38-year-old reality television personality and the 31-year-old basketball player are due to give their daughter True, four, a sibling via surrogate, which conceived prior to the revelation that Tristan had cheated on Khloe and fathered another child with Maralee Nichols, a son, named Theo, in June last year.

The news - which was first reported by the gossip site TMZ - was confirmed by the Mirror who detailed how “grateful” ‘The Kardashians’ star was about the new bundle of joy.

A source told the newspaper: "We can confirm True will have a sibling who was conceived in November.

"Khloe is incredibly grateful to the extraordinary surrogate for such a beautiful blessing. We’d like to ask for kindness and privacy so that Khloe can focus on her family."

"The baby was conceived via surrogate before it was revealed to Khloe and the public that Tristan was having a baby with someone else in December."

It is believed that the pair are not getting back together and hope to co-parent their new addition.

Khloe has not kept her desire for another baby secret and has considered previously freezing her eggs.

In the final series of ‘Keeping Up with the Kardashians’, she said: Every time I post a video of True, DMs me, and she’s like, ‘She can’t play by herself her whole life. In my head, when I was going to have kids, I never ever imagined having an only child.”

Kris Jenner, her momager teased that the two might have another baby.

The 65-year-old mother of six said: “You never know around here,” telling Ellen DeGeneres on her talk show that the NBA player had been “hanging around a lot” with Khloe.

Kris added: “Like I said, I never count anybody out for the count. You never know what’s going to happen. I guess that’s why we’ve been around for all these seasons. 20 seasons.”