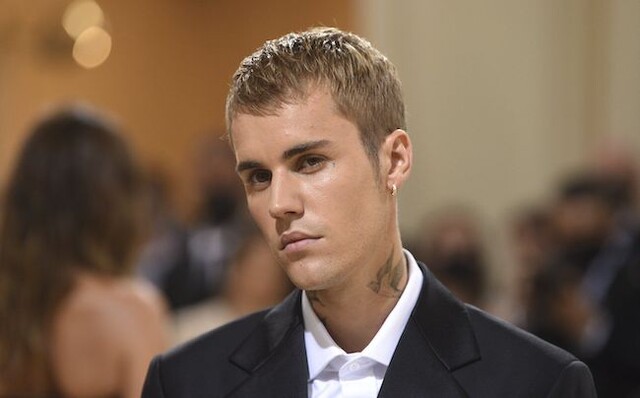 Justin Bieber may be one of the top-selling musicians of all time, with a clutch of Grammy Awards and Junos to his name.

The 28-year-old Ontario-born singer-songwriter has also been named one of the most influential people in the world, and top 10 most powerful celebrities.

But are his songs Canadian enough for the government's online streaming bill?

Spotify, the world's biggest streaming platform, where Bieber's hits have been listened to millions of times, has doubts.

It says songs by Bieber and other well-known Canadian artists may not be counted as officially Canadian under Bill C-11, which is now moving through Parliament.

Among the tracks unlikely to qualify under the strict Canadian content rules, Spotify says, are Bieber’s "Ghost," Tate McRae’s “She's All I Wanna Be” and Moroccan-Canadian singer Faouzia’s "Anybody Else."

The bill aims to update the Broadcasting Act to bring streaming platforms under the same rules as traditional broadcasters, including requiring them to promote Canadian content.

To qualify as Canadian, songs must tick a series of boxes.

Bieber’s “Ghost,” for example, only meets one of those requirements — meaning traditional broadcasters already cannot count it as Canadian content, and if the bill passes, Spotify and other streaming platforms won’t be able to either.

Spotify says without a more flexible definition of what qualifies as Canadian content, it could end up promoting fewer tracks by the nation's artists than it currently does on its Canadian playlists.

“It’s important to understand that today’s music world is international in nature, involving the collaboration of artists from across the globe,” says Nathan Wiszniak, Spotify's head of Canadian artist and label marketing.

"Under current Canadian content definitions, many songs that we know and love from Canadian artists would not be classed as Canadian."

However, the current rules could change. Heritage Minister Pablo Rodriguez has said he plans to ask the broadcast regulator, the Canadian Radio-television and Telecommunications Commission, to review the definition of Canadian content.

He has said he will issue the policy direction to the CRTC after the bill passes through Parliament. At that point, the CRTC would be in charge of regulating streaming platforms and making sure they are promoting Canadian content that qualifies.

The platform says it currently uses a range of data sources to determine if a song is Canadian, including self-reporting by the artist.

“This means that we carry a much wider category of tracks that we have identified as Canadian compared to what we believe would be classed as Canadian under current definitions," Wiszniak says.

The playlists are tailored to a listener’s musical tastes, partly based on what they tend to listen to. They are also designed to introduce people to Canadian musicians and genres they might not have heard before, he says.

“We are concerned that unless the Canadian content requirements are updated, this bill could limit the exposure of emerging and beloved Canadian artists and, in turn, cause the overexposure of others, pushing listeners away."

Michael Geist, the Canada Research Chair in internet law at the University of Ottawa, says the current criteria for what counts as a Canadian song can “lead to some odd quirks.” He says the definition of Canadian content needs updating in the bill.

Bill C-11 has passed through the House of Commons and is being scrutinized in the Senate, where it will be discussed when senators return from their summer break.

Senators have been inundated with phone calls, emails and letters from opponents of the bill who claim it could impact amateur videos posted on YouTube.

But supporters of the bill say it updates Canada's broadcast laws and will help promote Canadian artists.