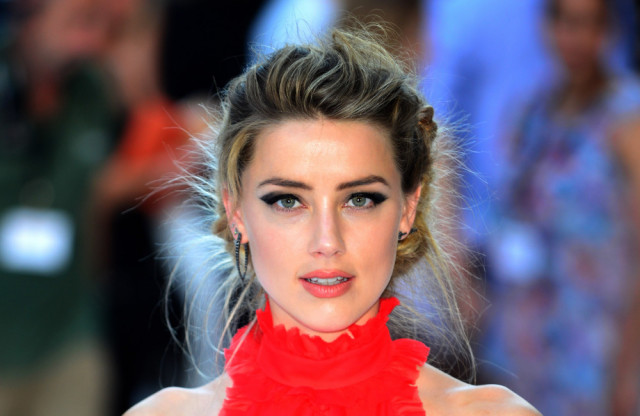 Amber Heard's lawyers have claimed Johnny Depp is "not entitled" to the $10 million damages he was awarded in his defamation case over her 2018 op-ed piece in the Washington Post.

Attorneys representing the ‘Aquaman’ actress filed a motion contesting the verdict in Depp's favour and the damages awarded to him - claiming his career was "ruined" before the publication of Heard's piece in December 2018 in which she described herself as a victim of domestic violence but didn't name her famous ex.

In the motion filed by her lawyers - and obtained by Radaronline.com - it is claimed "there is no evidence of damage to Mr. Depp's reputation caused by Mrs. Heard's Op-Ed."

The documents went on to claim the damage to Depp's reputation came when Heard filed for a domestic violence temporary restraining order against him in May 2016 in the aftermath of their split.

The motion added: "Mr. Depp testified that the damage to his reputation was when Ms. Heard obtained the DVTRO (domestic violence temporary restraining order) on May 27, 2016 - for which he cannot be compensated. "
Heard's lawyers stated: "Mr. Depp was asking the jury to compensate him for actions that occurred on May 27, 2016," adding he has "has no right" to the damages he was awarded by the jury.

The website reports they concluded: "This is improper and calls for this Court to set aside the verdict."