R Kelly being kept under suicide watch ‘for own safety’ 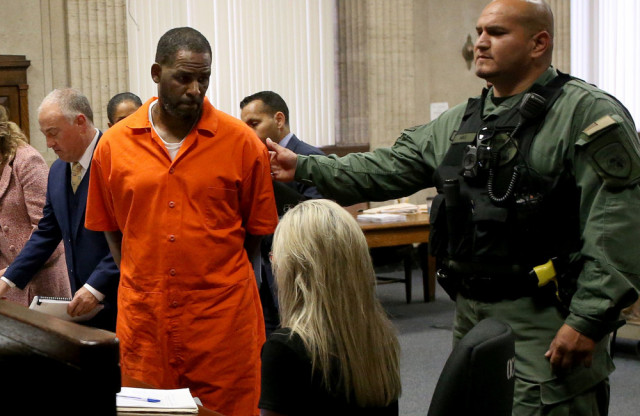 R Kelly is being kept on suicide watch for his own safety.

The US Attorney’s Office in Brooklyn filed court papers late Saturday saying the disgraced R and B superstar will stay under the supervision following a psychological assessment.

She added: “He is a convicted sex offender who has been sentenced to spend the next three decades in prison.

“In the immediate future, he faces another federal criminal trial in Chicago for charges related to child pornography.”

The New York Times said on Sunday a staff psychologist at the Metropolitan Detention Center in Brooklyn first placed Kelly on suicide watch after his sentencing last Wednesday, when a psychiatric review determined he was clinically at risk of harming himself.

Kelly, 55, has been at the MDC since being sentenced to 30 years in federal prison for sex trafficking and racketeering.

It was revealed he was being kept under suicide watch a day after Kelly’s lawyers announced they were suing the facility for “illegally” placing him under the supervision.

Inmates on suicide watch are usually required to wear paper smocks and can be stripped of utensils and forced to eat with their hands.

Kelly’s legal team say the “harsh” conditions of suicide watch have done irreparable harm to the ‘Bump N’ Grind’ singer, and on Friday branded the MDC a “gulag”-style prison as they declared they were suing the institution.

They said the monitoring was violating Kelly’s rights under the Eighth Amendment, which prohibits the federal government from imposing excessive bail, excessive fines, or cruel and unusual punishments.

Jail policy included in a court filing said while under suicide watch, inmates can also be restrained and are under constant supervision from guards.

The New York Times added on Sunday that government lawyers said it would be “unprecedented” for the jail to take Kelly off suicide watch.

The jail, in the Sunset Park neighbourhood of Brooklyn, has housed 60-year-old Ghislaine Maxwell – the convicted sex trafficker and former partner of paedophile Jeffrey Epstein – who was also recently placed on suicide watch at the jail.

Kelly, born Robert Sylvester Kelly, will face another trial in Chicago on August 22 on charges he produced child pornography and lured minors into sex acts.