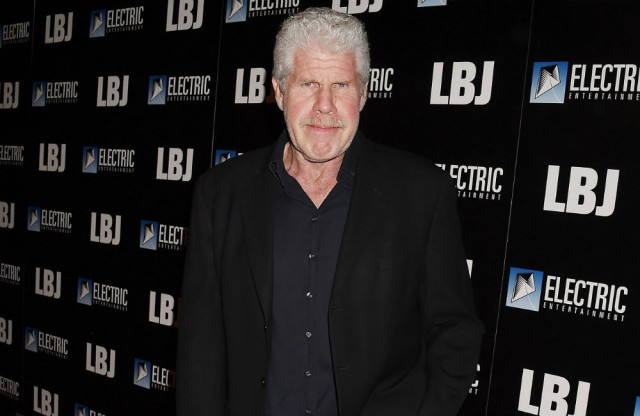 Ron Perlman has got married.

The 72-year-old actor tied the knot with his 'StartUp' co-star Allison Dunbar in an intimate ceremony at Francis Ford Coppola's property Palazzo Margherita in Bernalda, Southern Italy, earlier this month.

The 49-year-old actress shared footage from the big day on her Instagram account, showing she had opted for a short, white lace wedding dress while her new husband donned a black suit, blue shirt and a gold tie. as they danced to Frank Sinatra's 'You Make Me Feel So Young'.

Ron commented on her post with two heart emojis and added: "Spring Has Indeed Sprung!!!"

The wedding comes months after the 'Hellboy' star finalized his divorce from Opal Stone Perlman, who he had split from in 2019 after 38 years of marriage.

According to reports at the time, Opal will keep their Los Angeles house and a leased Mercedes-Benz, wile Ron gets to keep a leased Tesla.

In February 2021, Ron was declared legally single after a judge granted a request he'd made to the court in October 2020 to bifurcate the divorce - meaning the specifics will be resolved at a later date - because he wants to marry his fiancee, Allison Dunbar.

Opal took eight months to respond to the 'Monster Hunter' star's divorce petition, citing irreconcilable differences, and sought spousal support and for Ron to cover the cost of her legal fees.

Ron also cited irreconcilable differences in his petition, and the date of separation he listed, 10 May, was just five days before he had sparked speculation his marriage was in trouble after he was pictured kissing Allison.

Child support isn't an issue as Ron and Opal's son Brandon and daughter Blake are adults, and in his legal documents, the 'Pacific Rim' star had confirmed he will pay spousal support to the jewelry designer if required to.