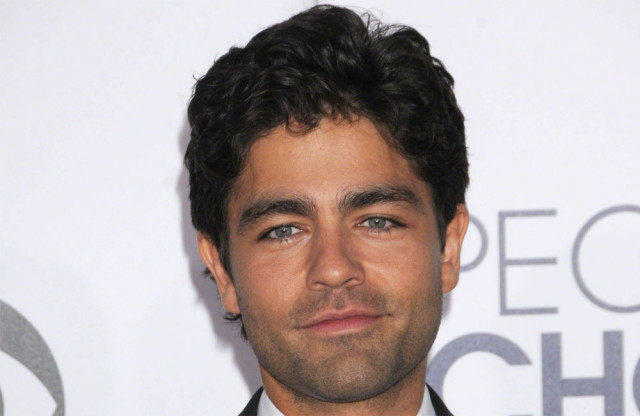 The 45-year-old actor - who is best known for playing Vincent Chase on the comedy series 'Entourage' - tied the knot with long-term girlfriend, Jordan, 27 in a spur-of-the-moment ceremony while on vacation.

He said: "It wasn't planned! We eloped in the Atlas Mountains while on vacation with friends in Morocco. We embraced the serendipity of the moment and made the decision to tie the knot — literally, we didn't have rings so used string for rings."

The wedding was officiated by Adrian's friend and musician friend RY X - who used his phone to get ordained before the ceremony - and performed a song for the couple.

Adrian added: "Adrian - who shot to fame in the 1990s and appeared in a slew of classic comedies including 'Drive Me Crazy' alongside 'Sabrina, the Teenage Witch' star Melissa Joan Hart - also went on to pay tribute to his friends and family and noted that his guests all "embraced the spontaneity" as they helped to create a wedding "out of thin air."

He told PEOPLE: "My friend RY X even got ordained on his cell phone at dinner — good thing we had wifi — in order to officiate the wedding, and then sang beautifully after that. We were with a group of incredible friends, all of whom immediately rallied behind us and embraced the spontaneity of the moment. They put in so much love and effort to create a wedding from thin air! We couldn't have planned a better wedding if we tried!"

The pair tend to be private about their relationship but Adrian is thought to have been dating Jordan since 2017 and back in December 2020 remarked on Instagram that he was "at peace these days" with her.