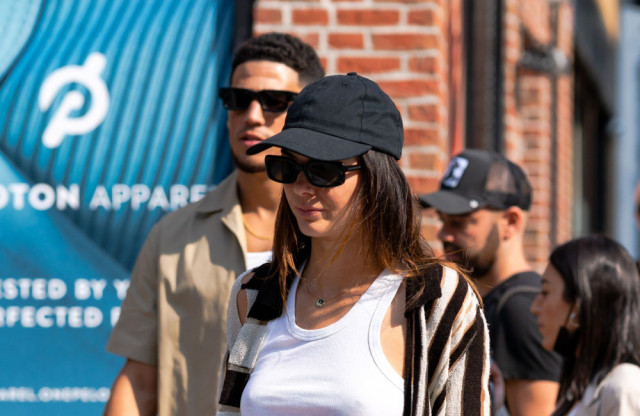 Kendall Jenner has split from Devin Booker after two years of dating.

The 26-year-old model struck up a relationship with basketball star Devin, 25, back in 2020 but an insider alleged on Wednesday (22.06.22) that the pair have parted ways after being on "different pages" when it comes to making plans for the future.

A source told ETOnline: "Kendall feels like they're on different paths. They have had discussions about their future but they are not on the same page."

A second insider went on to explain that 'The Kardashians' star - who was reportedly linked to Ben Simmons when she was first spotted with Devin - had hit a "rough patch" with her boyfriend despite having had a "nice time" in Italy for the wedding of Kendall's sister Kourtney to Travis Barker back in May.

A source said: "Kendall and Devin hit a rough patch recently and have been split for about a week and a half. They had a really nice time in Italy for Kourtney's wedding. But once they got back, they started to feel like they weren't aligned and realized they have very different lifestyles."

The insider also hinted that Kendall could have been the one to instigate the split as she wanted "space" but insisted that they still "care about each other" and hope to work things out.

Kendall told Devin she wanted space and time apart from him. They have been in touch since and do care about one another. They both hope to make it work, but as of now, they are split."