Moving closer to the Queen 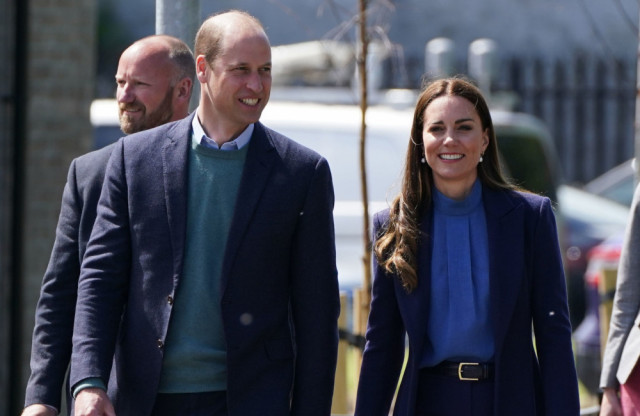 The Duke of Cambridge is reportedly moving his family to a four-bedroom home on the Windsor estate to be close to the Queen after she marked her 70 years on the throne.

Prince William, 39, and his wife the Duchess of Cambridge, Kate Middleton, 40, are said to be headed for Adelaide Cottage, which needs no extra taxpayer-funded security or costly refurb.

The Sun UK reported there will be no live-in staff at the house, which will also be a base for the couples’ dog Orla and their three children Prince George, eight, Princess Charlotte, seven, and four-year-old Prince Louis, who will be able to start school locally from autumn.

But the pair are said to be intending to keep on Anmer Hall in Norfolk as a family country retreat and they will use their apartments at Kensington Palace as staff offices.

An insider told The Sun: “Kate and William were very keen for a modest home to start their new lives in Windsor.

“Adelaide Cottage fits the bill because it is a four-bedroom home and they do not need any more as they have no live-in staff.

“They were adamant they didn’t want anything too showy or anything that needed renovating or extra security so as not to be a burden on the taxpayer.

“The added bonus is they can send George, Charlotte and Louis to school together locally. The three children will enjoy running around and playing in the gardens, which is the kind of life they enjoy so much when at Anmer Hall.

“They had no other demands than a pleasant family home close to schools and the Queen.

“They will pay rent from their private account. All they need to do is move in some of their treasured furniture and possessions. The whole family is looking forward to moving in this summer and starting a new chapter in their lives together in Windsor.”

Royal experts say the Queen, 96, will be delighted at the couple’s proximity.

Ingrid Seward, 74, editor-in-chief of Majesty Magazine, said: “William has always been close to his grandmother and when he was a boy at Eton he would have weekly tea with the Queen.

"The Queen needs more people like William around her. She is very often on her own apart from staff and so will be delighted William, Kate and her three great-grandchildren will be 10 minutes away.”

A Kensington Palace spokesman declined to comment on the reported move to The Sun.

Adelaide Cottage was modernised in 2015 and is said to have golden dolphins and ceiling rope decorations in the master bedroom, along with a marble Greco-Egyptian fireplace, but is considered modest compared to other royal residences.

The Cambridges’ move will be in contrast to the £2.4 million splurged by the Duke and Duchess of Sussex when they renovated the nearby Frogmore Cottage in Windsor.

Prince Harry, 37, and his ex-actress wife, 40, formerly known as Meghan Markle, were slated for spending taxpayers’ money hiring an interior decorator and installing luxuries such as underfloor heating and a copper bath before they relocated to the US for a new life without senior royal duties.