Running back Up That Hill 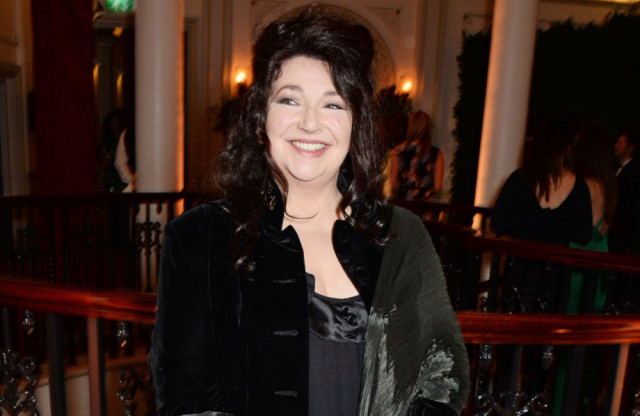 Kate Bush loves that her 1985 song ‘Running Up That Hill (A Deal With God)’ is being given a whole new lease of life by ‘Stranger Things’.

The ‘Hounds of Love’ hitmaker - who typically keeps a low profile - called the single re-entering charts internationally “really exciting” after it reached No.30 on the Hot100 when it was first released, making it her biggest American hit.

The 63-year-old musician said: “You might’ve heard that the first part of the fantastic, gripping new series of ‘Stranger Things’ has recently been released on Netflix. It features the song, ‘Running Up That Hill’ which is being given a whole new lease of life by the young fans who love the show — I love it too!”

“Because of this, ‘Running Up That Hill’ is charting around the world and has entered the UK chart at No. 8. It’s all really exciting! Thanks very much to everyone who has supported the song. I wait with bated breath for the rest of the series in July.”

The song experienced a jump in Spotify streams following the series’ release on May 27 - with Billboard reporting plays of the track leapt 9,000 per cent between its release and May 30 - after it soundtracked Sadie Sink’s character Max and her journey with her grief for her step-brother Billy in the hit Netflix sci-fi show set in the 80s.

According to Spotify, the ‘Wuthering Heights’ legend’s entire back catalogue has had a 1, 600 per cent increase in streams across the world since the debut of first half of The Duffer Brothers’ series’ fourth season.

Kate - who is known for maintaining her privacy - last posted on her website at Christmas time, sharing her “huge respect for all the nurses and doctors who’ve already been working flat out for nearly two years” amid the on-going COVID-19 pandemic and a rare Goldcrest spotting while “stopping to look at the view” while out in nature.