Amber Heard says she has been 'harassed, threatened, humiliated' by the public 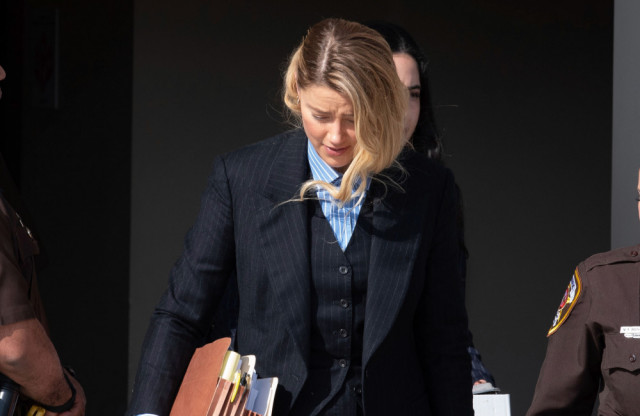 Amber Heard detailed the abuse and death threats she has experienced during the defamation action put forward by Johnny Depp.

The ‘Aquaman’ star outlined how she gets “harassed, threatened, humiliated” daily while on the stand in court in the Virginia city of Fairfax on Thursday during the last week of testimony in the case between her and her the 58-year-old actor.

Amber claimed that the abuse — which includes people expressing their desire to “kill” her — extended to her 13-month-old daughter Oonagh, saying that someone said they wanted “put” the infant “in the microwave”.

She continued: "Even just walking into this courtroom, sitting here in front of the world, having the worst parts of my life used to humiliate me. People want to kill me and they tell me so every day. People want to put my baby in the microwave and they tell me that. Johnny threatened, promised me that if I ever left him, he'd make me think of him every single day I lived."

During cross-examination from the ‘Pirates of the Caribbean’ star’s lawyer Camille Vasquez, Amber claimed that she did not know who tipped off the celebrity gossip site TMZ prior to her arrival at a Los Angeles court to file a restraining order and a video of Johnny in a kitchen serving a “mega pint” of wine.

On Wednesday, former TMZ reporter Morgan Tremaine testified that the outlet had been notified and they had tried “to capture Amber leaving the courthouse and an alleged bruise on her face.”

In another instance during the ‘Machete Kills’ star’s testimony, Camille wondered about an alleged lack of bruising on her face in some photos taken soon after an alleged incident between the former couple where Amber asserts that Johnny beat her.

In response, Amber said that she was wearing cosmetics, telling the lawyer: “If [the photo] was taken as you represented, then obviously there is a bruise on my face. It’s covered by makeup, as per usual.”

Camille proceeded to ask Amber if she had made up stories of being bruised or editing photos to make it appear she had been to boost her claims, to which Amber replied: “absolutely not”.

After what she thought about the notion the abuse allegations were a “hoax:, Amber told the court that Johnny — who she was married to from 2015 to 2017 — “promised me he would ruin me. He’d ruin my career and take my life from me. Death was the only way out – and if I got out, this is what he’d do to me. He promised me global humiliation.”

She continued: “The harassment and the humiliation, the campaign against me that’s echoed every single day on social media, and now in front of cameras in the showroom – every single day I have to relive the trauma. Perhaps it’s easy to forget I’m a human being.

Heard, who has been booed by people outside the courthouse, went to say that she wants the lawsuit to allow her to get back her “voice,” and stated that she had the “right as an American” to pen the 2018 Washington Post op-ed - which did not name Johnny - where she described herself as survivor of domestic abuse.

Of the opinion piece, that the Depp is suing his ex for $50 million in damages, she said: “Johnny has taken enough of my voice”

Amber, who is counter-suing for $100 million over Johnny’s legal team’s claims her allegations are “fake” and “hoax," added: “I have the right to tell my story.”

Amber has told the court about more than dozen occasions of physical abuse from Johnny, who in turn has stated she was the abuser in their relationship and denies all allegations of abuse.

Both their legal teams will give their closing arguments on Friday and the jury will be given their instructions for their deliberation by Judge Azcarate.