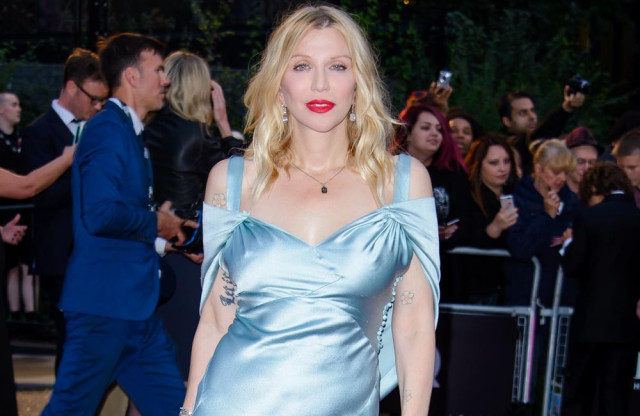 The Hole frontwoman appeared in an Instagram Story post over the weekend showing her support for Johnny Depp amid his court battle with his ex-wife - who he is suing for defamation over an op-ed she wrote in 20118 about being a victim of domestic abuse, while she is countersuing him - but she insisted her comments were never meant to be made public and she is uncomfortable with the fact she may have accidentally encouraged people to target the 'Aquaman' star as a result.

"I engaged in expressing thoughts online. The platform accidentally posted a story I didn’t want public (I’m sure it was not deliberate) in it I am weaponising snark (what else do we do with snark?)...

"While I recover [from addiction], I borrow the values, moral compasses of those I look up to ( dogs, especially ????) who do the right thing.

"I certainly don’t always do the right thing.

"My goal - emulate the human revolution of my mentor @daisakuikeda????

"I want to show neutral support for a friend. I dont want to bully.

"I’ve been bullied enough. I did not want to express my own bias / internalized mysoginy. (Do give me a break on that one. Look at my JOB! I’m working on it) I want nothing to do with contributing more online bullying to someone enduring being bullied like noone ever has been online. Ever.

"In my program of recovery, ‘when we were wrong, we promptly admitted it’

Courtney urged people to "show sincere empathy" towards both Johnny and Amber and not to take pleasure in the case.

She added: "The only important takeaway, of what was posted, is that I expressed that we should all stop having ‘fun with schadenfraude’ (look it up: ‘Delight in another’s down fall’) show sincere empathy for both parties.

"If I hurt anyone, please accept my amends.(sic)"

In the original post, the 57-year-old singer recalled how the 'Pirates of the Caribbean' star once saved her life after an overdose and praised the support he'd offered to her daughter Frances in the wake of Kurt Cobain's suicide.

She said: “I don’t really wanna make judgments publicly. I just want to tell you that Johnny gave me CPR in 1995 when I overdosed outside The Viper Room.

“Johnny, when I was on crack and Frances was having to suffer through that with all these social workers, wrote her a four-page letter that she’s never showed me.